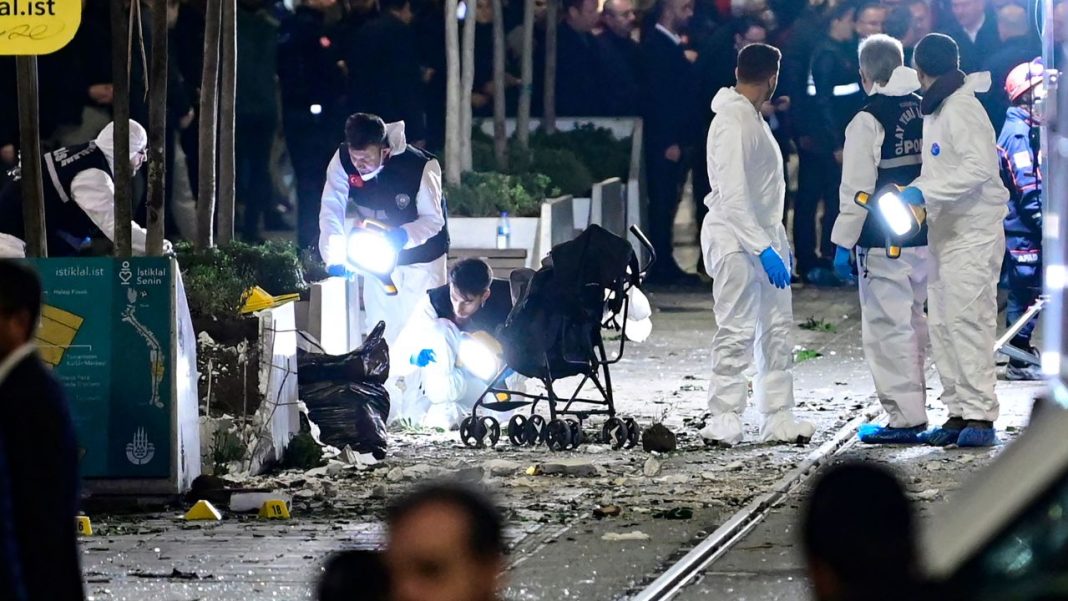 A suspect is in custody following the explosion that killed at least eight people and injured more than 80 in Istanbul on Sunday, Turkey’s Interior Ministry announced on Monday.

“We consider it to be a terrorist act as a result of an attacker, whom we consider to be a woman, detonating the bomb,” Oktay told reporters.

“It is PKK/PYD terrorist organization according to our preliminary findings,” Soylu stated in a press conference at the scene of Sunday’s attack on Istiklal Avenue, Istanbul.

Soylu did not elaborate or provide details of how investigators had reached this conclusion.

“A little while ago the person who left the bomb (was) taken under custody by teams of Istanbul Police Department. Before their arrest 21 more people were also taken under custody,” the minister continued, adding, “The face of terrorism is bitter, but we will continue this struggle to the end, whatever the cost is.”

CCTV footage shows a woman sitting on a bench for more than 40 minutes and then getting up one or two minutes before the explosion, leaving a bag or plastic bag behind, according to Turkish Justice Minister Bekir Bozdag.

Bozdag, who made the comments in an interview with privately owned A Haber news channel, said Turkish security forces believe the woman is the suspect, and officials are investigating her.

“There are two possibilities. Either that bag or plastic bag has a mechanism in it, it explodes on its own or someone detonates it from afar. All of these are currently under investigation.” he added.

“The name of the woman is unknown,” he stated, noting, “All the recordings and data about the woman are being analyzed.”