A senior Iranian official has highlighted the achievements of the 2015 nuclear deal both at home and abroad, saying the historic accord promoted Iran’s image in the international arena.

Iran’s Deputy Foreign Minister for Legal and International Affairs Abbas Araqchi made the remarks at a press conference in Tehran on Sunday, marking the first anniversary of the implementation of the nuclear deal, known as the Joint Comprehensive Plan of Action (JCPOA).

Araqchi, who is the head of the JCPOA follow-up committee, further said the 2015 deal foiled the attempts by the US and enemies to sell a “false image” of the Islamic Republic using Tehran’s peaceful nuclear activities as a tool.

In the pre-JCPOA era, enemies were trying to portray Iran as “a threat to international peace” by hyping up Iran’s nuclear program and claiming that the Islamic Republic was “after nuclear weapons,” said Araqchi, stressing, however, that the nuclear deal thwarted all those attempts.

Iran and the P5+1 countries – the United States, Britain, France, China and Russia plus Germany – succeeded in finalizing the text of the JCPOA, in Vienna on July 14, 2015, following intense negotiations, in what was praised as a win for diplomacy. 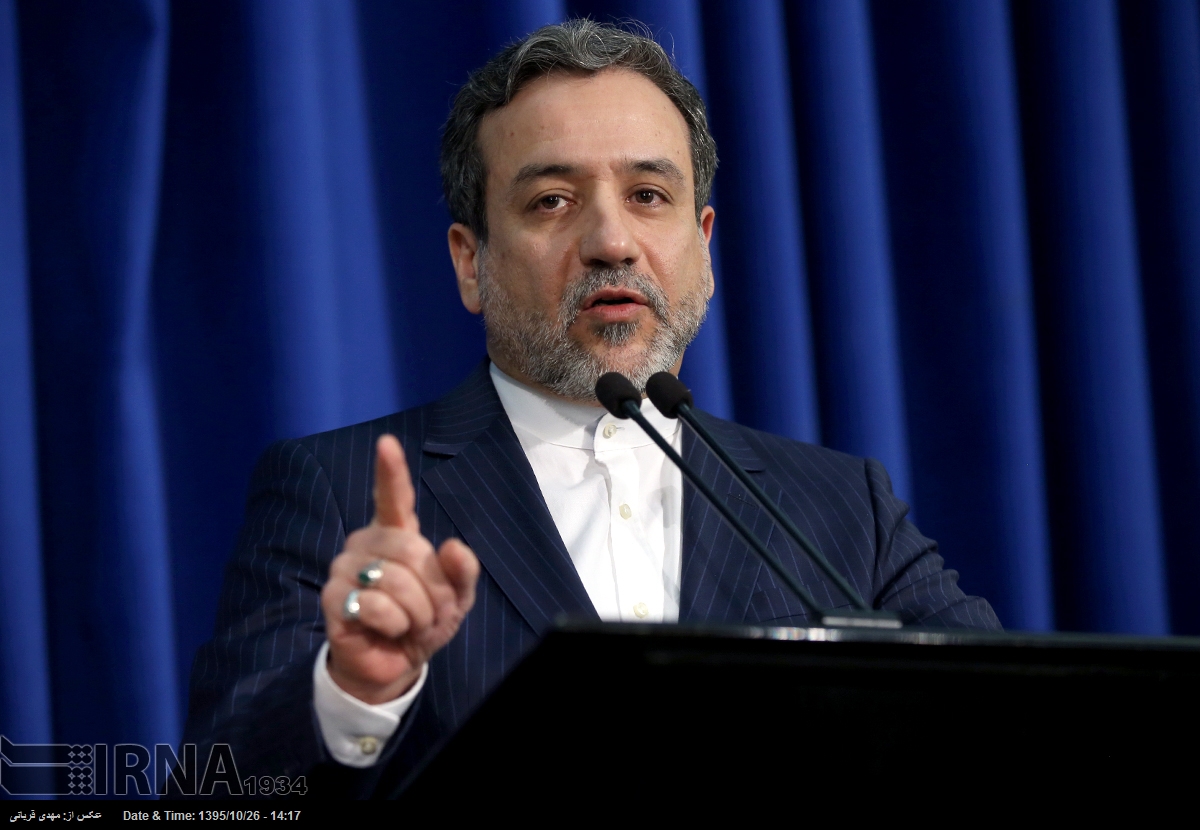 Under the JCPOA, limits were put on Iran’s nuclear activities in exchange for, among other things, the removal of all nuclear-related bans against the Islamic Republic.

The UN Security Council later unanimously endorsed a draft resolution turning the JCPOA into international law. All 15 members of the body voted for the draft UN resolution, setting the stage for the lifting of the Security Council sanctions against Iran.

Araqchi added that the nuclear deal helped nullify the six anti-Iran resolutions passed by the United Nations Security Council under Chapter VII of the UN Charter, and fully closed the case of the so-called possible military dimensions (PMD) of Iran’s nuclear program.

Chapter VII of the Charter allows the Security Council to “determine the existence of any threat to the peace, breach of the peace, or act of aggression” and to take military and non-military action to “restore international peace and security.”

The UNSC is now encouraging world countries to cooperate with Iran on its peaceful nuclear activities, he further pointed out.

Araqchi further highlighted the achievements of the JCPOA in the domestic areas, saying Iran’s nuclear program continues to make progress.

He said nuclear-related bans had affected Iran’s different parts of the Iranian economy, including energy, oil and gas, transportation, as well as the financial and banking sector, he said, noting that problems have been resolved in the first two fields, Araqchi said.

The situation has been normalized in oil sales, shipping industry, oil tankers and civil aviation, but the functions of the banking system have not fully returned to normal due to hurdles not related to the JCPOA, he noted.

Elsewhere in his comments, the Iranian diplomat accused Washington and its allies of having done whatever in their power, over the past year, to throw a wrench in the implementation of the JCPOA, but Iran’s vigilance foiled all such plots.

Araqchi said Tehran will not re-negotiate the JCPOA, adding that if US-president-elect Donald Trump goes ahead with his campaign pledge to “tear apart the deal, Iran will burn it.”

Trump can choose either to accept or reject the JCPOA, but he has to face the consequences, he added.