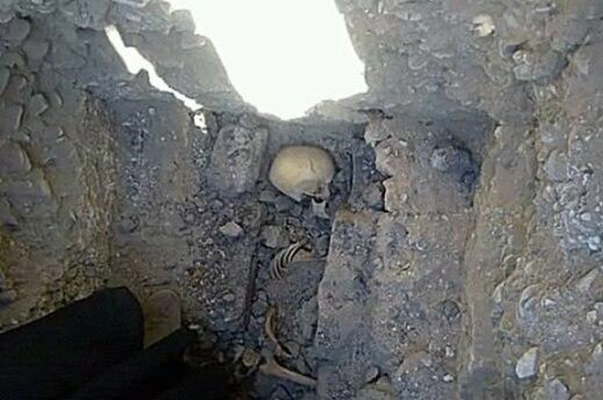 The skeleton of a baby girl dating back 5,000 years has been unearthed in northern Iran.

The remains were dug out at a historical site in the city of Babol in Mazandaran province, said Mohammad Fazeli, the head of the archaeological team.

The skeleton belongs to a girl, around 13-14 years of age.

An awl was also discovered next to her. A necklace made of seashells, stone and tar was around her neck. Studies show the skeleton is between 3,000 and 5,000 years old.

According to Fazeli, historical sites in Babol are the target of raids and theft.

He said between 400 and 500 illegal excavations have been conducted in the area, highlighting the need to establish security there.