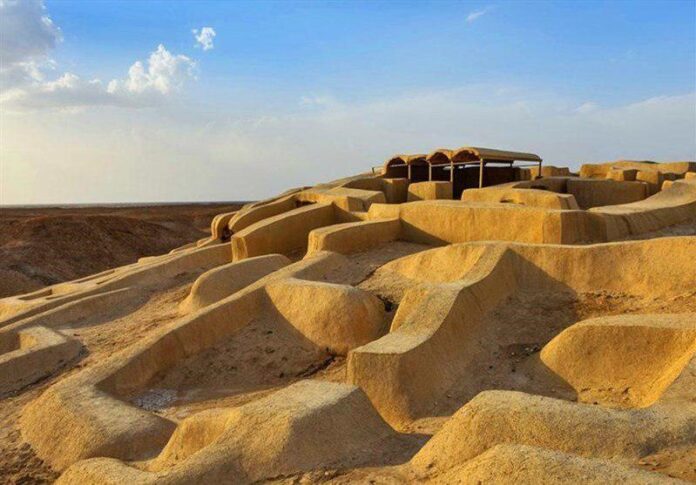 A five-thousand-year-old skeleton belonging to a monkey has been discovered in southeastern Iran.

According to a senior cultural heritage official, the skeleton unearthed in the Burnt City in Sistan and Baluchestan province was unveiled for the first time in a local museum.

“The monkey buried in the 3rd millennium BCE was around five years old,” said Mehdi Arbabnia, the deputy head of the provincial Cultural Heritage, Handicrafts and Tourism Department.

“Monkeys were regarded as a symbol of aristocracy in the ancient world. So, the fact that it (a monkey) has been found in the Burnt City indicates monkeys had social value at the time,” he added.

“This monkey was buried like a human being; in other words, it had the same status as infants in the Burnt City,” said the official.

“A pear-shaped glass, which was apparently used for drinking water, was also discovered next to the monkey’s skeleton, which shows monkeys were kept as pets,” he added.

He said the monkey was not a native of Sistan and Baluchestan region and had probably come from the eastern and southeastern parts of Asia, “which is a rare case.”

He said the skeleton of this monkey has been displayed at a local museum along with the statue of a woman who was the owner of an artificial eye dug out in the Burnt City.

The Burnt City in Sistan and Baluchestan is regarded as the most advanced ancient city in the world. It was the cradle of “firsts” in the world, namely the first skull surgery, the first animation, the first artificial eye, the first urban sewage system, the world’s first backgammon and hundreds of other unique items. Dating back more than five thousand years, the city always stands ready to host visitors.

Studies conducted on the remains and antiquities unearthed in the Burnt City show the growing development of different sciences and vocations on the Persian Plateau. The remains of the most ancient surgeries, the most ancient fabric and cloth, the oldest mosaic tile-work and oldest samples of caraway, coriander and pistachios are among the data and information discovered in the Burnt City.