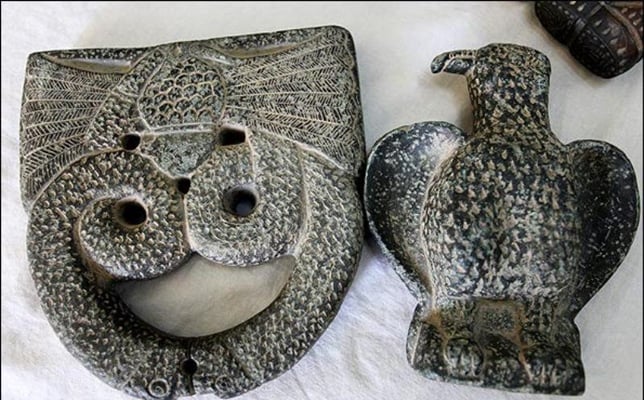 Iranian police forces have found at least three antique pieces dating back to 5,000 years ago in the southern city of Jiroft in Kerman Province.

“Further details about the antique pieces will be released as soon as they are available,” he told reporters on Monday night, according to a report by IRNA.

Jiroft is among historical areas of Kerman province which is widely believed by archaeology experts to be the scene of the first round of urbanization in the region.

According to local officials, the city is still home to lots of ancient pieces which have not yet been unearthed due to lack of enough governmental budgets for exploration.

Jiroft has been postulated as an early Bronze Age (late 3rd millennium BCE) archaeological culture, located in the territory of present-day Sistan and Baluchestan and Kerman Provinces of Iran. The hypothesis is based on a collection of artifacts that were confiscated in Iran and accepted by many to have derived from the Jiroft area in south central Iran.