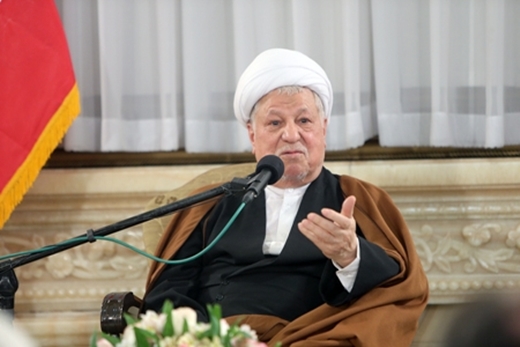 Expediency Council Chairman Ayatollah Akbar Hashemi Rafsanjani underlined the positive effects that the Joint Comprehensive Plan of Action (JCPOA) has had on attracting foreign investment to the country.

“From the conditions where all countries were competing with each other to impose sanctions and approve resolutions against Iran, we have reached a situation that they are welcoming investment in Iran,” Ayatollah Hashemi Rafsanjani said in a meeting with the faculty members and managers of the scientific groups of the Centre for Research and Higher Education of Iran Management Development on Monday June 20.

He elaborated on the ups and downs of the first years after the 1979 Islamic Revolution, saying, “After the war (1980-88 Iran-Iraq war), when we decided to reconstruct the country, the first effective measure was proper foreign policy management on the basis of détente, which paved the way for the presence of modern countries in Iran and foreign investment, as well as the implementation of big projects, which were mostly done through financing.”

Rafsanjani also reiterated that on the basis of the same détente policy, Iran improved its relations with most Arab countries, which had been tainted during the war due to their support for former Iraqi dictator Saddam Hussein.