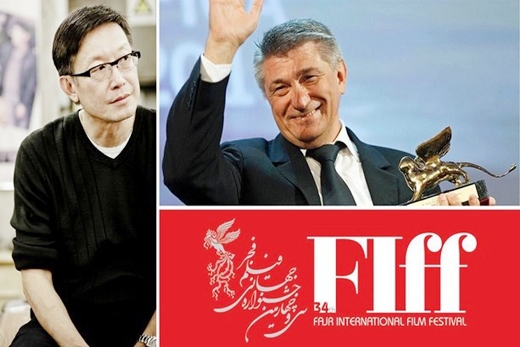 According to the public relations office of 34th Fajr International Film Festival (FIFF), prolific director Alexander Sokurov from Russia and Hong Kong’s most acclaimed filmmaker Andrew Lau will be present in Iran’s major global event in the motion picture industry, which will be held on 20-25 April, 2016.

Sokurov will be present during the festival for the screening of his documentary ‘Francofonia’ (2015), which depicts the history of the Louvre during the Nazi occupation and offers a meditation on the meaning and timelessness of art. His documentary will be screened in the ‘Special Screenings and Events’ of the festival. Sokurov is also scheduled to deliver a speech for students at the Cinema-Theatre Faculty.

Andrew Lau, who carries the title of the most successful Hong Kong film director, has to his name the directing of 45 films, production of 33 films, and cinematography of more than 50 films. He has started his artistic career in 80s with cinematography of films of such great directors like Wong Kar Wai and invented a special style in cinematography and won many cinematography prizes from Hong-Kong film festival like Golden Horse. His ‘Revenge of the Green Dragons’, a 2014 crime drama film, was produced by highly-acclaimed American director Martin Scorsese.

The 34th edition of Fajr International Film Festival will be held from April 20th to April 25th, 2016 in Charsou Cineplex, under the supervision of the well-known Iranian filmmaker, Reza Mirkarimi.