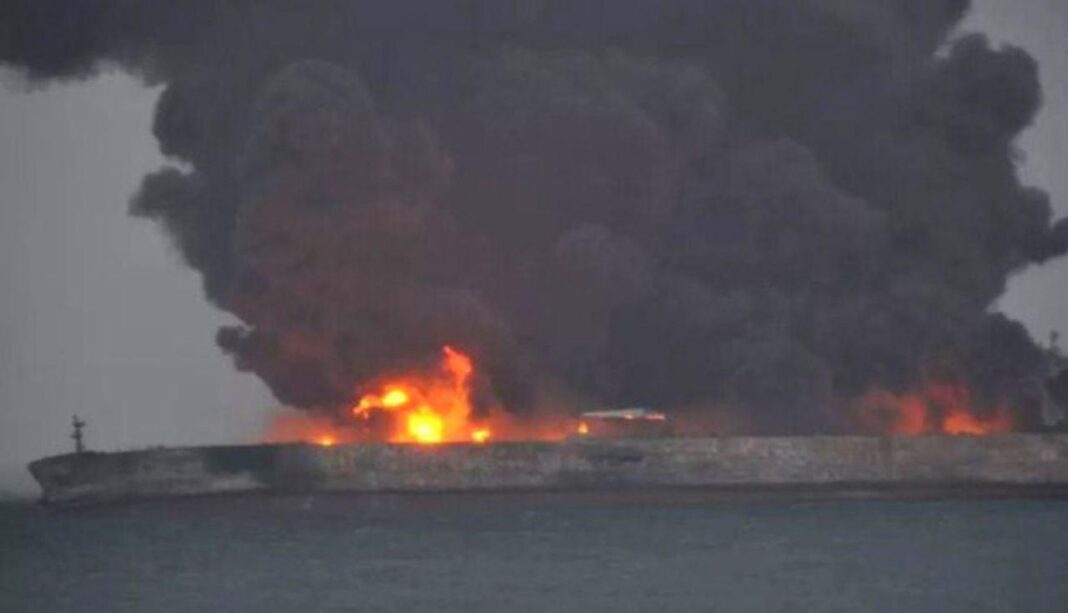 32 people including 30 Iranians and 2 Bangladeshi crew have gone missing after an Iranian oil tanker collided with a bulk freighter and caught fire off China's eastern coast.

The missing are all from the tanker, which spilled oil and was floating while still burning early Sunday, said Chinese maritime authorities, who dispatched police vessels and three cleaning ships to the scene.

The South Korean coast guard also sent a ship and an airplane to aid the search effort.

The Panama-registered tanker was sailing from Iran to South Korea when it collided with the Hong Kong-registered freighter CF Crystal 160 miles from shore late Saturday, the Ministry of Transport said.

The 21 members of the Crystal’s crew — all Chinese nationals — were rescued, the ministry said.

It wasn’t immediately clear to Associated Press what caused the collision.

Iranian Deputy Foreign Minister for Consular Affairs Hassan Qashqavi later announced that Tehran is seriously pursuing the fate of its citizens through the Iranian embassy in Beijing and the country’s consulate in Shanghai.

The Iranian diplomats in China are in contact with Chinese officials, he added.