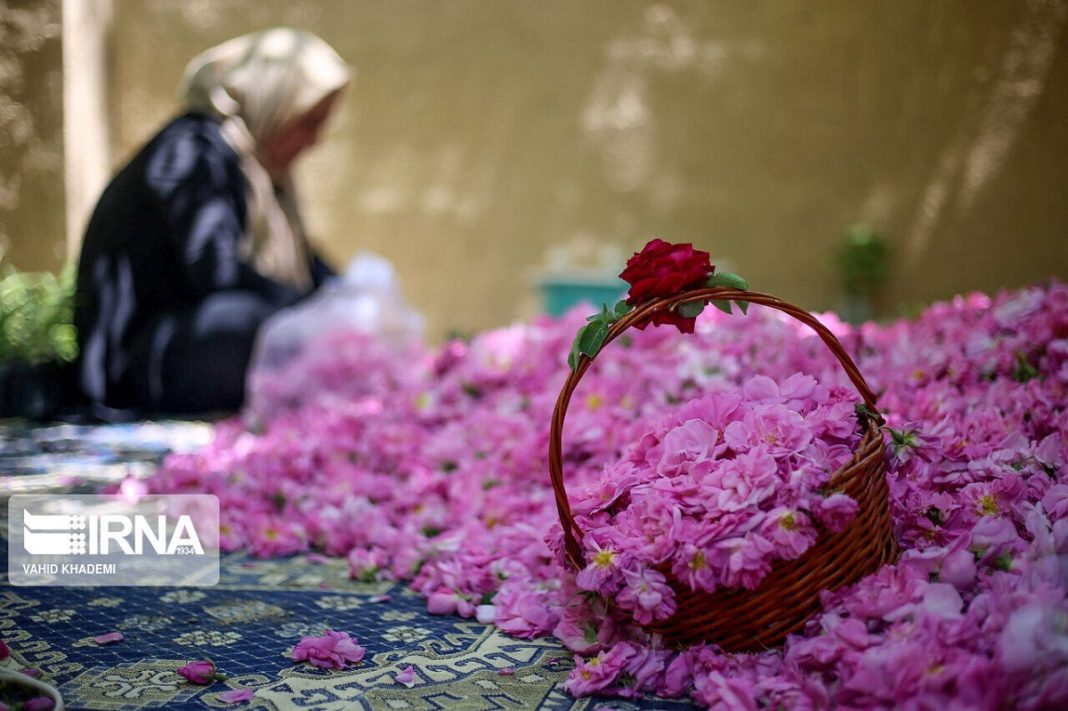 Farmers have harvested 210 tons of roses in a small town in Iran’s northeast in order to produce rosewater.

Some 66 hectares of land was used at a farm in Davarzan, in Iran’s Khorasan Razavi Province, to plant roses, which produced an average of more than three tons of roses per hectare, according to Alireza Delbari, a local farming official.

The total harvest of this year, Delbari said, registered an increase of 25 tons compared to the last year. He said three facilities were available in the town to produce rosewater, in a traditional process known as golabgiri.

Farmlands in Davarzan covered 20,000 hectares, including 3,000 hectares of gardens, he said, adding that 4,750 people were involved in farming, gardening, and animal husbandry in the town.

Davarzan is located 310 kilometers to the west of Mashhad, the provincial capital of Khorasan Razavi.