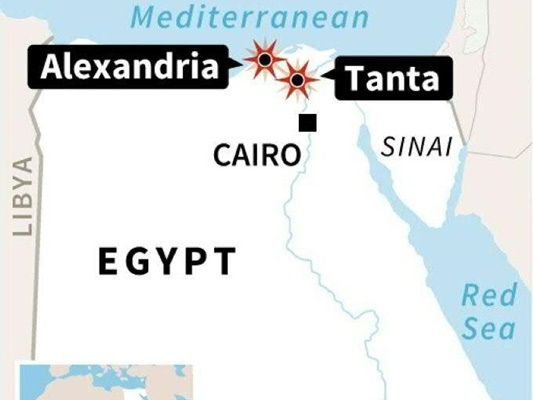 Egyptian health ministry announced at least 11 people were killed in an Alexandria church bombing on Sunday, hours after a blast killed 25 worshippers in another church in Egypt.

Thirty-five people were wounded in the Alexandria blast at Saint Mark’s church where Coptic Pope Tawadros II had been attending a Palm Sunday Mass.

A Coptic Church official said that Tawadros had left the church before the blast, whose death toll has reached 11, according to AFP.

An earlier blast at a church in Tanta, north of Cairo, killed 25 people and wounded dozens, the health ministry said, in an apparent attack on Coptic worshippers.

The ISIS terrorist group has claimed responsibility for the deadly explosions.

Copts, who make up about one tenth of Egypt’s population of more than 92 million and who celebrate Easter next weekend, have been targeted by several attacks in recent months.

Pope Francis is due to visit Cairo on April 28-29 to show solidarity with Egypt’s Christian community. 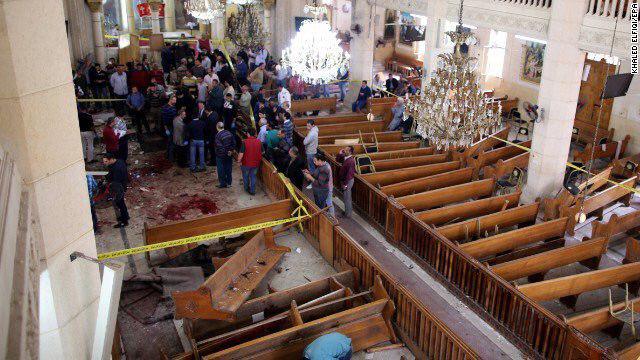