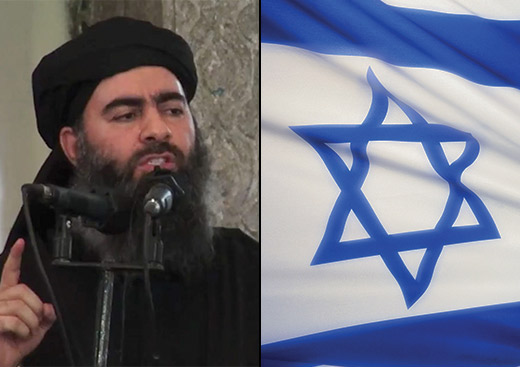 Syria’s ambassador to the UN says the Zionist reigme allows the free flow of weapons and ISIL terrorists into the occupied Golan Heights and then into the rest of Syria.

Bashar Ja’afari told Press TV on Friday that the ISIL Takfiri terrorists have an undeclared alliance with Israel and are engaged in a secret agreement with the regime.

The Israelis help the Takfiris infiltrate into the separation line on the Golan Heights from Jordan, where their training camps are located, the Syrian diplomat said.

The remarks came after the UN Security Council on Friday unanimously adopted a resolution condemning the ISIL terrorist activities in Syria and Iraq.

The Syrian ambassador to the UN also stated that “everybody knows that Jordan is hosting secret training camps.”

Amman has not commented on this yet. The Syrian envoy to the United Nations has welcomed an anti-ISIL resolution, saying if the Takfiri terrorists’ assaults were not ignored, they would not be wreaking havoc in the region now.

Bashar al-Ja’afari reiterated Damascus’ stance on terrorism, saying the Syrian government is a “necessary partner in the fight against terrorism.”

“For more than three years Syria has been engaged in a very difficult war on behalf of all humankind against terrorist organizations,” during which “the government of Syria has tried to do its utmost to attract the attention of the member states of this organization to the threats facing the region and the world.”

“I would like to know why the member states of the Security Council have not responded to our repeated complaints for more than three years,” he said.

The Syrian ambassador’s remarks came after the UN Security Council unanimously adopted a resolution against the ISIL Takfiri terrorists in Syria and Iraq.

The 15-member world body called for action against the terrorists, who, it said must “disarm and disband with immediate effect.”

ISIL terrorists are currently in control of several oil fields in Iraq and Syria.

Iraq, which has the world’s fifth-biggest crude reserves, came under a massive blitz by the ISIL Takfiri terrorists in June.

Syria has also been gripped by deadly violence since 2011.

More than 170,000 people have been killed and millions displaced due to the violence fueled by the Western-backed terrorists.

The Western powers and their regional allies — especially Qatar, Saudi Arabia and, Turkey — are reportedly supporting the terrorists operating inside Syria.