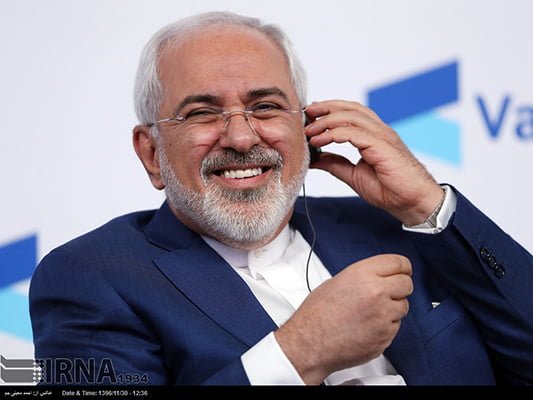 Iran’s foreign minister described US President Donald Trump’s pledge of support for Riyadh despite the murder of journalist Jamal Khashoggi as “shameful”, deploring Trump’s picking on Iran instead and joking that Tehran might even have been responsible for recent California fires.

“Mr. Trump bizarrely devotes the FIRST paragraph of his shameful statement on Saudi atrocities to accuse IRAN of every sort of malfeasance he can think of,” Mohammad Javad Zarif said in a message posted on his Twitter account on Tuesday.

He added, “Perhaps we’re also responsible for the California fires, because we didn’t help rake the forests — just like the Finns do?”

When visiting the scene of California’s devastating Camp Fire on Saturday, Trump said Finland had managed to avoid such fires by spending “a lot of time on raking and cleaning and doing things” to clear forest floors.

On Tuesday, Trump released a statement on the murder of journalist Saudi Jamal Khashoggi, starting his first paragraph with baseless allegations on Iran’s role in the region.

“The world is a very dangerous place! The country of Iran, as an example, is responsible for a bloody proxy war against Saudi Arabia in Yemen, trying to destabilize Iraq’s fragile attempt at democracy, supporting the terror group Hezbollah in Lebanon, propping up dictator Bashar Assad in Syria, and much more,” he said.

Trump went on to vow to stay a “steadfast partner” of Riyadh despite saying that Saudi Crown Prince Mohammad bin Salman may have known about the plan to murder Khashoggi in Istanbul.