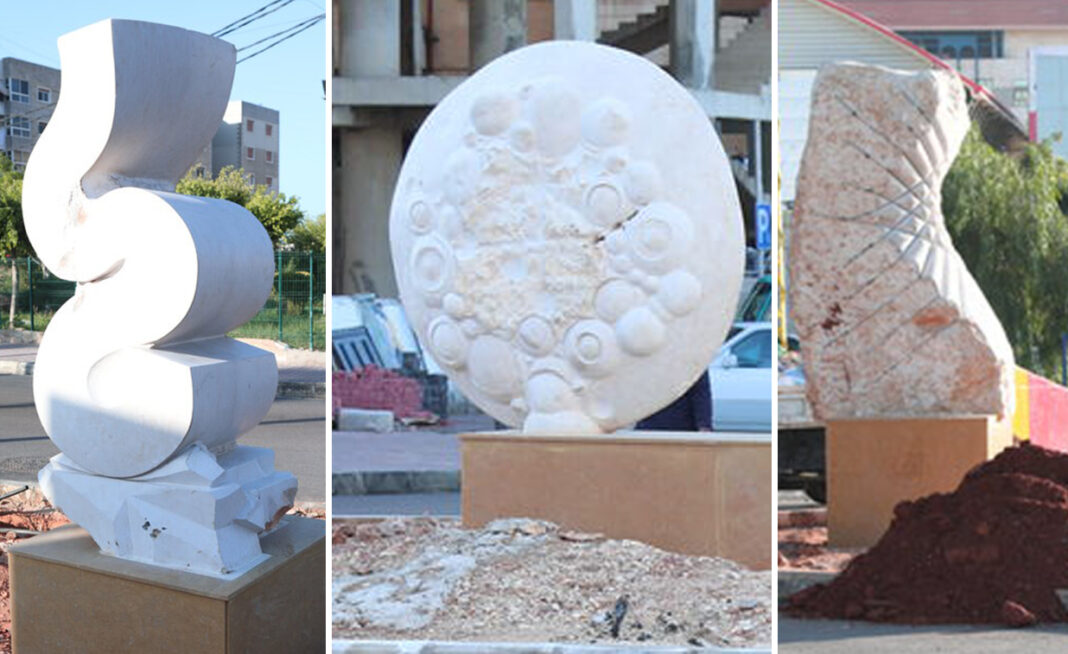 The municipality of Beirut has installed three stone sculptures created by Iranian artists in the Ghobeiry neighbourhood of the Lebanese capital.

The works of art have been created by Iranian sculptors Mohammad Reza Zabihollahzade, Shahriar Rezaei, and Mahdi Salahshoor.

The three Iranian artists had undertaken to design and make the sculptures during 15 days when they took part in an international sculpture symposium at the Faculty of Fine Arts of the Lebanese University three months ago.

Mohammad Reza Zabihollahzade says the sculpture he has made is called “The Solar System”, a general depiction of the Sun being at the center of the solar system and shining on all surrounding planets without discrimination.

He also noted that another sculpture made by Shahriar Rezaei is a symbol of human being. “The message of that sculpture is that people in the world must withstand and deal with the social and external adversities as well as the internal pressures.”

Zabihollahzade also explained that the third sculpture is in the shape of a snake and carries the idea of “fluidity and the fluid movement of human” and other creatures in the infinite space.

The three sculptures have been made out of rose and pink marble, extracted from the unique rocky mountains near Baalbek east of Lebanon, he added, noting that the famous Temple of the Sun in that city have been also made with the same material.

He further said the authorities at the Faculty of Fine Arts of the Lebanese University had promised to supply carving stone blocks each with a volume of three cubic meters, but the Iranian sculptors were finally given raw and rough rocks and had to smooth down all surfaces in two days before creating the sculptures.

“As the representatives of Iran’s Ministry of Culture, we designed and made the trio sculptures of Beirut seriously, with the minimum facilities and the lowest cost, and with our personal tools in 15 days,” Zabihollahzade added.

The international sculpture symposium at the Faculty of Fine Arts of the Lebanese University was also attended by artists from Lebanon, Italy and Egypt.