Will Russia Remain Neutral in Case of Iran-US War? 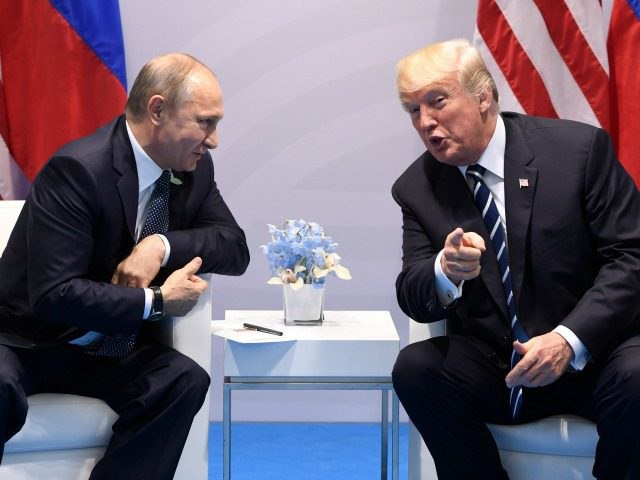 Recent stances held by Russia have made observers in Iran worried that Moscow may take a neutral stance in case a military confrontation breaks out between Tehran and Washington amid heightened tensions in the region.

Earlier this month, Russian President Vladimir Putin declared his country’s impartial stance towards the recent escalation of tension between Iran and the US.

Speaking in a joint press conference with his Austrian counterpart, Putin explicitly said Russia is not “a fire brigade” and could not “rescue everything” as tension rise between the US and Iran.

Many western media highlighted the statement by Putin, saying that it was kind of green light to Washington.

However, Putin did not clarify who he was addressing: Iran, Europe, the US, or the international crisis caused by Trump’s warmongering?

Some political experts say it does not matter exactly who Putin was addressing in the statement; in fact, the statement by the Russian president is somehow his declaration of impartiality in the face of sanctions, and emphasises that no one should expect Moscow to do anything.

Ettela’at newspaper, which is Iran’s oldest daily, in a recent article criticized Putin for making those remarks.

“Putin was expected to make remarks that strongly deterred the US escalation in the Persian Gulf against the Islamic Republic of Iran,” the newspaper said.

“At least he could take a similar stance to that of Europeans. Federica Mogherini said in early May that she and the foreign ministers of Germany, France and Britain were urgently calling on the US to show maximum restraint and avoid escalation that would lead to military crisis,” reads the piece.

Putin has made a clear message that Iran should keep its own expectations of potential Russian help soberly modest. However, it could be speculated that Putin’s reaction in the wake of a full-scale conflict between Iran and the US might be different.

Russia’s direct involvement in the US-Iran conflict, should such a confrontation take place, is highly improbable.

It is doubtful that Moscow will make any radical changes to her policy of not supplying Tehran with offensive weapons, but that doesn’t mean Russia cannot enhance Iran’s defense capabilities, The Moscow Times reported.

Recent years’ military-to-military ties between Tehran and Moscow could provide a picture of what pragmatic steps Moscow may take to assist Tehran. Since 2011 Russian-Iranian cooperation evolved around three main categories. Arms sales, highlighted by the delivery of S-300 PMU2 systems; intelligence sharing focused on ISIS and Syrian battles; and operational cooperation mainly in the form of battle coordination and joint military operations in Syria. These unique pillars of the interplay between the two countries, accompanied by joint commissions to facilitate them have institutionalized the military cooperation between Moscow and Tehran far beyond Syria.

Russian involvement in the U.S.-Iran conflict is likely to be broadly based on this threefold pattern.

Moscow ’s first option of responding to the escalation between Iran and the US could be the fortification of Iran’s air defense system capacities to suppress US air superiority. Russian involvement in Syria has demonstrated that Kremlin is confident about using advanced air defense systems to change the balance of forces amid ongoing battles.

Moscow’s decision to provide the Syrian Army with S-300 units in Syria in response to a Russian reconnaissance plane being mistakenly shot down by the Syrian military is a clear example of that. It showed Russian willingness to readjust the military balance through the swift supply of arms.

Thus Russia may reserve the option to improve Iran’s defensive capabilities via the supply of more advanced units, should such a necessity arise.

Providing S-400 batteries or the ground-based Electronic Warfare systems including Borisoglebsk-2 and Krasukha-4S which have the potential to hamper US air superiority could constitute a part of Russia’s response, the report by Moscow Times added.

One of the other forms of Russian response can potentially take is a deployment of Russian military assets to Iran. Russia has recently demonstrated that it is ready to deploy limited military units to contested countries in order to combat threats to her interests.

The case of Tu-160 and limited force deployment in Venezuela to deter US threat in support of President Nicolas Maduro’s government is the latest example, putting forward strategic military deployments as a possible option. Teheran is also likely to support Russian troops being stationed on Iranian territories.

These developments raise the possibility that Russia may be willing to apply the same model to support the Iranian government. The move will have limited operational value, though it sends a strong signal of political support to Washington.

However, this policy could work only as a prevention tool, discouraging a potential opponent from engagement in a military conflict. The moment violence escalates, stationing troops will no longer be an option for Russia.

Finally, Russia may provide Iran with operational intelligence prior to or during the break-out of the war with the US.