Why is MBS worried about Afghanistan developments? 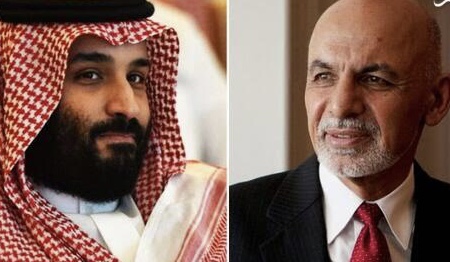 Mashreghnews: Former Egyptian dictator Hosni Mubarak once famously said, “Those whose only cover is America are naked”.

Mubarak reportedly made the comment at a time when he was in his dying days in power and he was confident the US would pull the rug from under his feet in due course.

Reactions across West Asia to the stunning Taliban victory in Afghanistan have focused mostly on what their takeover of the country says about the United States.

For many, it shows how America’s clout is declining. For others, it’s proof of the United States’ betrayal of allies like fugitive former Afghan president Asharf Ghani and leaving behind those who believed its promises.

The similarity between Afghanistan and Saudi Arabia in terms of their leaders being puppets of the US has made Saudi Crown Prince Mohamamd bin Salman.

Bin Salman has spent hundreds of billions of dollars to win the US’s support to sweep him to the throne after his father but the developments in Afghanistan are nightmarish as far as he’s concerned. Bin Salman’s worries have prompted him to turn to Russia for survival. He has sent deputy defense chief Khalid bin Salman to Russia to sign a military cooperation deal with Moscow. This, Khaled did without Washington’s consent. Analysts say the agreement with Russia was meant to send a message to the US that the Saudis are not pleased with the White House’s approach these days when American officials are giving Riyadh the cold shoulder. The reason why the Saudis are worried are the similarities with Afghanistan including:

1-Armies of Saudi Arabia and Afghanistan’s former government not indigenous in spite of being equipped with state of the art weaponry; 2-US having a history of withdrawing support from allies under special circumstances; and 3-Saudi Arabia and Afghanistan’s former government facing legitimacy crisis. Analysts also say with the US’s global clout on the wane worldwide and its possible withdrawal from the Middle East, China and Russia are ready to fill the gap.