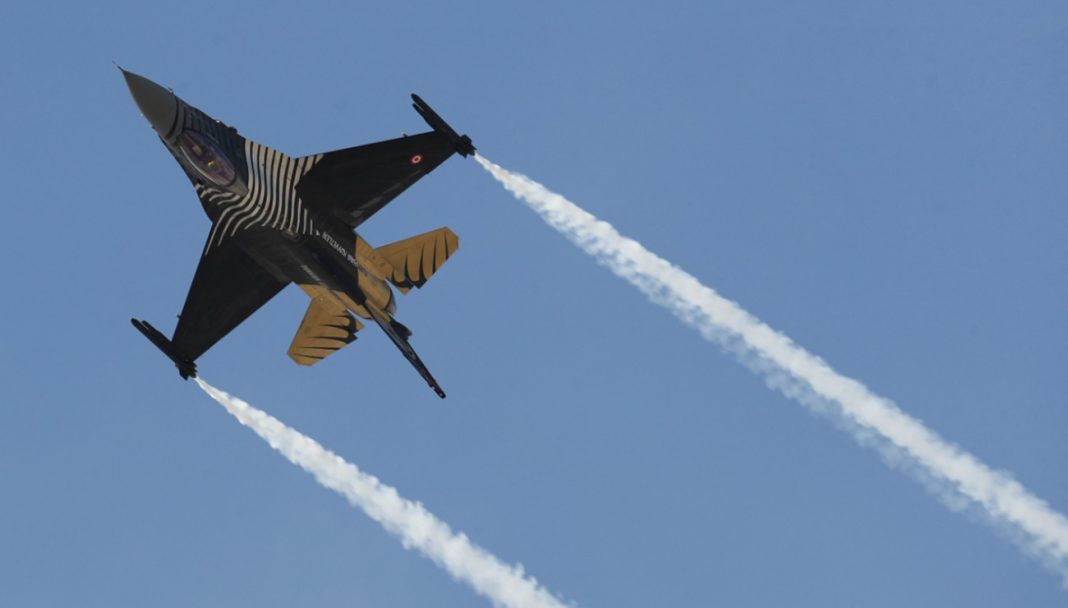 The administration of President Joe Biden plans to ask Congress to approve a $20bn sale of new F-16 jets to Turkey, the Wall Street Journal has reported.

According to US officials, the arms sale is contingent upon Turkey agreeing to Sweden and Finland’s accession to NATO. Turkey has held off on agreeing to their joining the alliance over what it claims is their support for Kurdish militants.

Next week Congress is expected to be notified of the deal at the same time Turkey’s Foreign Minister Mevlut Cavusoglu visits Washington.

The announcement could set up a potential showdown between the Biden administration and opponents of weapons sales to Turkey in Congress.

The sale to Ankara is larger than expected. Turkey would receive 40 new aircraft and kits to modernise 79 of its existing F-16 fleet, according to unnamed officials cited by the WSJ, in addition to 900 air-to-air missiles and 800 bombs.

Congress will receive notification of the sale at the same time it is notified of a separate sale of at least 30 new F-35 fighter jets to Greece. The Greek government requested the sale in June 2022.

While officials told the WSJ the timing of the sales was a coincidence, the deals underscore how the Biden administration has tried to juggle between two key NATO allies in the Eastern Mediterranean amid Russia’s invasion of Ukraine.

Greece and Turkey are historic foes going back to the time of the Ottoman Empire. In 1952, both countries were accepted into the Nato alliance.

In a pivotal change for the region, Athens, which at times has experienced cooler relations with Washington than Ankara, has seen ties to the US flourish, while Turkey’s have eroded, in part, over US concerns about President Recep Tayyip Erdogan’s policies in the Eastern Mediterranean where Greece and Turkey have clashed over territorial and maritime issues.

Greece and Turkey are both hyper-sensitive to changes in US policy in the region. Last month, Ankara announced that Washington was “disrupting their balance on Greece and Cyprus”.

Turkey invaded Cyprus in 1974 after a failed coup attempted to unite the island with Greece. Since then, Cyprus has been divided between the internationally recognised Republic of Cyprus in the south and the Turkish republic, recognised only by Ankara.

In September, Erdogan stated he would add to the 40,000 Turkish troops stationed in Northern Cyprus after the US fully lifted its arms embargo on the ethnically divided island.

Greece has historically opposed weapons sales to Ankara. Russia’s invasion of Ukraine has revived concerns that Washington may overlook Turkish actions which they view as a threat, in order to keep Turkey on the West’s side.

In Greece and Cyprus, many still believe the US turned a blind eye to Turkey’s 1974 invasion of the Eastern Mediterranean island to appease its Cold War ally.

Meanwhile, the US’s Kurdish allies are still dealing with the fallout from former President Donald Trump’s decision to green-light Turkey’s 2019 invasion of northern Syria. In recent months, Erdogan has warned of a new Turkish incursion into Syria.

Weapons sales to either country are likely to be heavily criticised in Turkey and Greece’s domestic press, particularly as both enter into elections in the coming months.

Athens and Ankara have trumpeted their importance to the NATO alliance as the war in Ukraine rages on. Northern Greece has become a key transit point for US military hardware.

Besides supplying armed drones to Ukraine, Erdogan has emerged as one of the few NATO leaders to maintain a channel of communication with Russian President Vladimir Putin.

The two leaders have forged a symbiotic relationship. Like other Middle Eastern states, Turkey has refused to sign onto western sanctions against Moscow and has deepened economic ties with the country, becoming a big buyer of Russian oil and petroleum products.