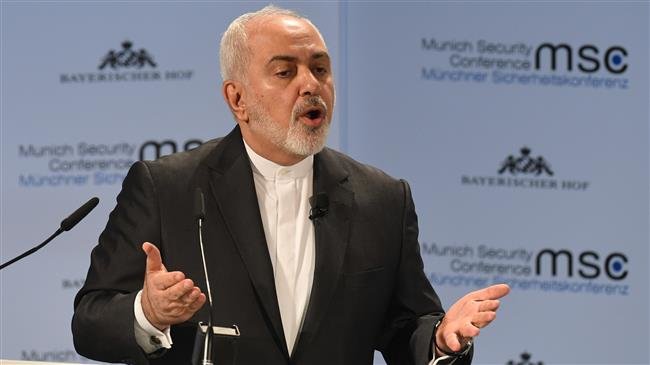 Iranian Foreign Minister Mohammad Javad Zarif says the West has turned the Middle East into a “powder keg” with its arms sales to the Arab countries of the region, stressing that the weapons supplies have not contributed to regional security.

“Over the past year alone, they [Western countries] sold 100 billion dollars’ worth of weapons to the [countries] of the Persian Gulf Cooperation Council. Did the weapons bring anyone security, though?” Foreign Minister Zarif said in a foreign policy speech at the University of Tehran on Sunday.

Earlier, an annual international security report showed that arms sales to the Middle East had doubled during the period between 2013 and 2017 compared to the previous five years. The Munich Security Report 2019 also said the outsize concentration of weapons in the Middle East increased the risk of confrontation in the region.

“One of the Iranian people’s major concerns prior to the victory of the Islamic Revolution — which can be referred to as a historical concern — was foreign interference in the country’s internal affairs,” Foreign Minister Zarif said.

He said such interference was exercised largely during the rule of the Qajar dynasty and the Pahlavi regime in Iran.

“We have lived, for 40 years, without American support. For 40 years, we have been living in spite of American pressure. This [independence] does not mean confrontation with and separation from the world. Rather, it means that we have chosen not to be dependent on others for continuing our livelihood,” the Iranian foreign minister said.

By taking such a course, Zarif said, “certainly no one would be able to say [things like], ‘If it weren’t for us, the Iranians would be speaking, say, Chinese or Russian.’”

The Iranian foreign minister was making a reference to remarks by US Senator Lindsey Graham about Saudi Arabia last December, when he told Fox News that Saudi Arabia would be defeated by Iran militarily “in about a week” if it did not have the support of the US.

“Let me put it this way — I want to be very blunt with you: If it weren’t for the United States, they’d be speaking Farsi in about a week in Saudi Arabia,” Graham said back then, acknowledging the depth of Saudi dependence on the US.

The Iranian foreign minister further said that the West was no longer the focal point of decision making in the world.

“We [now] live in the post-Western world,” he said, adding that countries had to adopt multilateral approaches under the current circumstances.

“Field power and diplomacy should act synergistically,” he said.