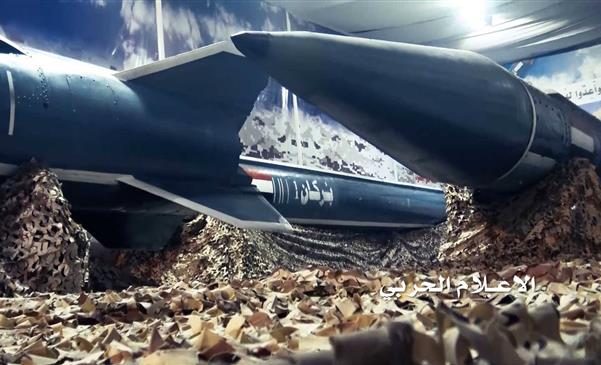 Western arms producers have been shocked by Yemen’s resistance to the most advanced armaments possessed by Saudi Arabia, some of which are worth more than $10 billion.

Yemen’s destruction of Saudi weapons and warships, the last of which had been purchased at $10 billion, has come as a shock to the world and the Western producers of armaments.

According to a Farsi report by Fars News Agency, it came as Yemen has been under an all-out siege by Saudi Arabia for the past 23 months.

When Saudi Arabia launched its military campaign against Yemen in March 2015, it was enjoying the military and financial support of the West and a number of Arab nations and was armed to the teeth with modern satellites, fighter aircraft and destroyers as well as Terminal High-Altitude Area Defence — an American anti-missile system also known as THAAD.

Nevertheless, the armaments and all-out support failed to give Saudi Arabia political leverage over Yemen — to increase its pressure on the country — or help Riyadh achieve military victory against Sana’a. The invasion only led to Al Saud’s fiasco and conviction by the international community.

According to a report by Yemen’s Al-Najm al-Thaqib news website, Saudi Arabia has signed deals with a number of countries, including France, to purchase arms. Al Saud’s latest contract with France is said to be the biggest weapons purchase agreement ever signed between the two states.

French fast attack crafts and frigates as well as the American and British armaments — all purchased by Saudi Arabia — failed to help Al Saud win in their invasion of Yemen, as witnessed in the destruction of the French warship deployed along the Yemeni coast.

The warship being targeted by Yemeni Ansarullah revolutionaries’ missiles caused great tumult in Western and other international media.

The attack, also caused grave concern among big arms producer companies, as the Yemeni forces had destroyed a warship equipped with the world’s most advanced and modern anti-missile radar system.

The fact that Yemeni forces had destroyed the warship with Burkan-1 ballistic missile, their own production, raised the question among Saudi Arabia and its Western sponsors that how Ansarullah revolutionaries had managed to build the missile despite being under an all-out siege by Saudi forces.

What the Saudi-led coalition had arrogantly failed to notice was that Yemeni people were committed to fulfilling the aspirations of their dominant ideology to the extent that they felt the obligation to defend their national integrity and establishment as well as the dignity and munificence of their homeland, by making advanced armaments that could destroy the West’s — particularly the US and Israeli — arms, out of the simplest and most primitive and basic facilities and equipment they had.

In its report, al-Najm al-Thaqib wrote, “As stressed repeatedly by the Leader of Iran’s Islamic Revolution Ayatollah Seyyed Ali Khamenei, Iran is the only country that is resisting against the cruelty and excessive demands of Saudi Arabia, the US and Israel.”

“Since Yemen is under Saudi Arabia’s all-out siege, and there is no access to the poor country from the ground, sea and air borders, claims accusing Iran of supplying arms to the country’s forces are entirely rejected,” the website added.

In reaction to the all-out siege, Yemeni people decided to show military and political resistance against their enemy and produce their own missiles, instead of simply surrendering to the invaders.