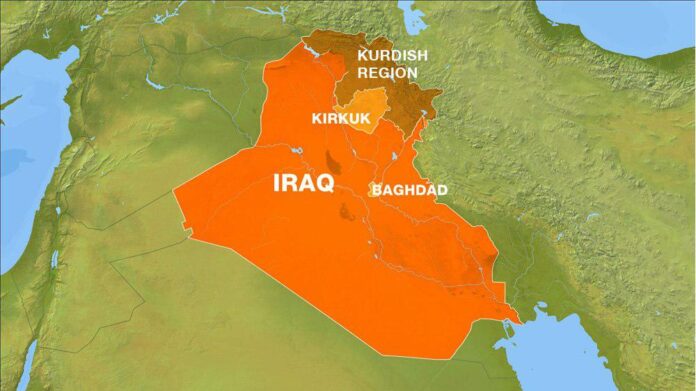 A conservative Iranian newspaper says the West is hatching a new plot to cash in on the secessionist tendencies of a handful of Iraqi Kurds.

The Persian-language daily Kayhan has, in an opinion piece, weighed in on the West’s new conspiracy for the Middle East region. The following is the full text of the article.

In West Asia, the end of the ISIS terrorist group’s activities is intertwined with a new plot. This time, the US and Israel want to take advantage of a handful of secessionists rather than ISIS to test their chances of implementing an evil plan known as “The Greater Middle East.”

Accordingly, there are secessionists such as Barzani, who have shown in word and in deed that they favour adventurism in dealing with the destiny of Kurdish people in northern Iraq. They have a mission to distort the realities of the past 100 years and disguise the wolf as the shepherd for Kurds and switch the places of benevolent and malevolent individuals.

This mission is quite obvious as it can be understood from the recent remarks made by Masoud Barzani and his aides in recent days. In order to create the impression that the referendum on the secession of Kurdistan was legal, Barzani has flashed back to the gas attack against Kurdish people in the city of Halabja in southern Kurdistan back in 1988 ordered by former Iraqi strongman Saddam Hussein, but has brazenly enough turned a blind to the fact that the US and Europe were the main accessories to Saddam Hussein’s crimes. The chemical attack against Halabja people by Saddam Hussein was supported by Washington, but Barzani and his aides did not mention this fact and remained silent. This way, instead of the US, Britain and France, the oppressed Arab people, Shiites and Sunnis alike, who had suffered as much as Kurdish people in Iraq had, would be accused, and the places of the wolf and sheep would be changed!

Whose handiwork was ISIS, which has created a reign of terror in recent years? Wasn’t it the ISIS terrorist group that committed heinous crimes against Izadi Kurds and people of other ethnicities? Wasn’t it ISIS that kidnapped Kurdish women? Aren’t thousands of Izadi Kurdish women being held captive by ISIS now?

Barzani: ISIS had arrived at the gates of Erbil, and I contacted the US, Turkey, Britain, France and even Saudi Arabia. In response, they said they could not help. Then I contacted General Qassem Soleimani. He answered, ‘Maintain control of the city just tonight. I’ll be in Erbil tomorrow after morning prayers.’ Then he along with 50 special forces went to the battlefield, organized Peshmarga forces, and the situation turned in our favour.

Didn’t ISIS terrorists threaten the borders of the Iraqi Kurdistan region in 2014? Didn’t Barzani and his wife pack up and get ready to flee? Barzani himself knows better than anyone else that if it weren’t for the prompt action of Iran’s General Qassem Soleimani, a doomed destiny would have loomed large for the residents of Erbil and other areas in Kurdistan.

In January, 2015, Barzani talked to the Turkish Zaman daily about how Erbil was saved.

“ISIS had arrived at the gates of Erbil, and I contacted the US, Turkey, Britain, France and even Saudi Arabia. In response, they said they could not help. Then I contacted Iran and asked for help. I said ‘We would evacuate the city if you won’t help.’ Then they gave me [general] Qassem Soleimani’s phone number. I called him immediately and told him the story. He then answered, ‘Maintain control of the city just tonight. I’ll be in Erbil tomorrow after morning prayers.’ Then he along with 50 special forces went to the battlefield, organized Peshmarga forces, and the situation turned in our favour,” said Barzani.

How can these organizers of the secession scenario in Iraq cover up the US, Israel, Britain and France’s backing for Takfiris and ISIS in Syria and Iraq?

At the moment, the greatest betrayal to Kurds would be to disguise their real slayers as friends, and friends as foes, and this is what some individuals poised as Kurds are commissioned to do.

It is noteworthy that the United States, Britain, France and the UN had not opposed the referendum in principle in recent days and even asked Erbil to delay the plebiscite for two years in return for their full support for the secessionists.

BBC, which has been enthusiastically covering stories pertaining to the developments in Iraq’s Kurdistan region, recently raised a question cunningly in order to sway certain currents.

This shows BBC favours the disintegration of the regional countries within the framework of the evil Greater Middle East scheme.