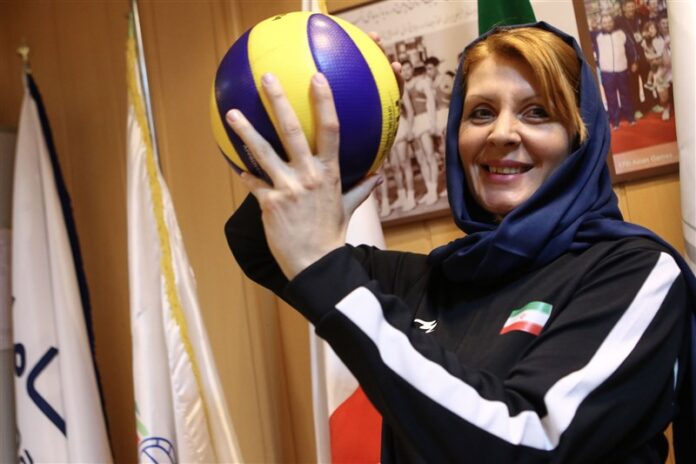 Slovenian coach of Iranian national women volleyball team said that no one has forced her into observing Hijab.

The Slovenian Majda Leban Cicic, who is accompanying the Iranian women’s national volleyball team in the Philippines as the head coach, revealed her interest in Hijab.
Here is IFP’s translation of Fars’ interview with Cicic who was wearing Hijab in the international competitions in the Philippines.
“I believe observing Hijab as the head coach of a Muslim team participating in international competitions in foreign countries is a sign of respect for the people of this country,” Cicic said.
“Above all, by doing this I am actually holding myself in high esteem.”
She pointed to the meeting she had with the President of Iranian Volleyball Federation, Mohammad Reza Davarzani, and added, “Before accompanying the Iranian national volleyball team on their trip to their away games for the first time, I talked to Davarzani and asked him for permission to wear headscarf during the games in all foreign countries as long as Iran’s flag is on my shirt.”
Stressing that no one has forced her into observing Hijab, she noted, “I chose to wear a headscarf and I don’t feel upset about it at all.”
Cicic went on to say that she liked to coach her team by the game court and work together with Iranian female volleyball players for Iran’s victory.