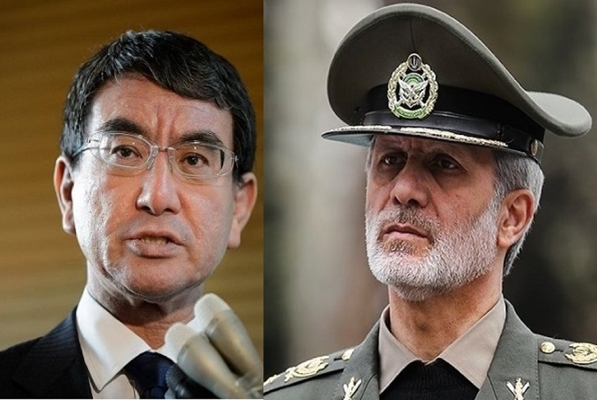 Iran’s defence minister has underlined the need for global determination to combat terrorism, saying the terrorism phenomenon does not know any boundaries.

Speaking in a phone conversation with his Japanese counterpart Taro Kono, Brigadier General Amir Hatami specifically put emphasis on the importance of security in the Persian Gulf region.

“No country can ensure its security in light of instability in another country. Security in the world, including in the Persian Gulf region, cannot be provided in isolation. Today, terrorism is not bound by time and place. So, we believe fighting extremism and terrorism requires international resolve, especially a security bond between East and West Asia,” General Hatami said.

He further touched upon the drone attacks by Ansarullah movement on Aramco oil facilities in Saudi Arabia.

“The accusations levelled by some against Iran with regards to that incident are unfounded, and there is no evidence that suggest Iran was involved in it,” he said.

“Those who point the finger at Iran either can’t or don’t want to believe the Yemeni nation’s military capabilities,” the Iranian defence minister noted.

“Iran seeks to establish stability and security in the region with the help of other countries, and supports peace and security,” said the top general.

He then stressed the importance of Iran-Japan defence cooperation.

“Iran is a good partner and friend as far as defence cooperation is concerned, and would like to expand its relations with Japan,” he said.

“I hope this phone conversation will set the stage for, and open a new chapter in defence ties between the two countries,” he said.

General Hatami underscored that Tehran and Tokyo have always had good relations on all fronts, particularly in political, economic and cultural fields.

“The trip to Iran by Mr. Abe and his important meeting with the Supreme Leader of the Islamic Revolution [Ayatollah Seyyed Ali Khamenei] as well as his meeting again with [Iranian President] Hassan Rouhani on the sidelines of the UN General Assembly session in New York indicate the cordial relations between the two countries,” he noted.

The Japanese defence minister, in turn, expressed his views on regional developments and expounded on Tokyo’s stances.

He also welcomed Iran’s role in helping ensure security in the region, and invited General Hatami to travel to Japan.