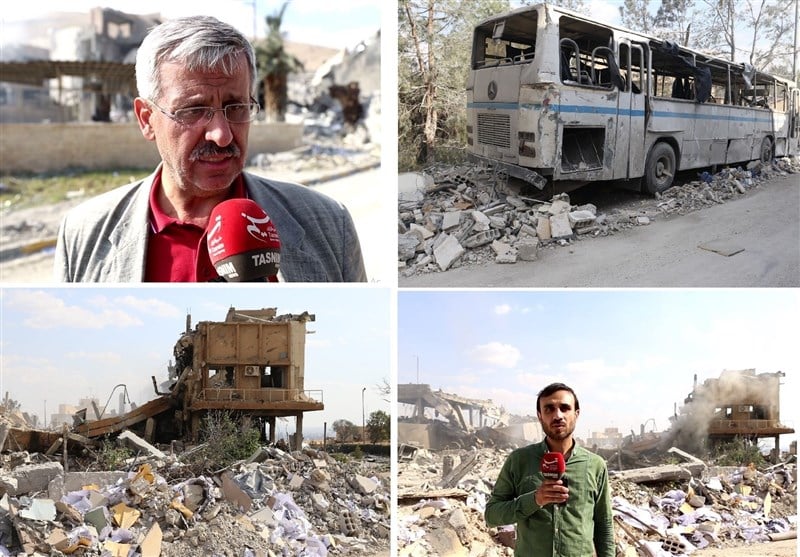 US President Donald Trump lied to the American people after the US military in conjunction with British and French forces, instead of striking alleged “targets associated with chemical weapons” capabilities in Syria, hit a center for producing anti-cancer drugs near Damascus.

Soon after the US-led strike against Syria on Saturday morning, western propaganda machine began their misinformation campaign claiming that the trilateral airstrikes had destroyed a “chemical weapon research facility” in the district of Barzah, the location of a major Syrian scientific research center.

According to Tasnim dispatches, the research center was dedicated exclusively to developing and producing drugs to fight cancer like many other similar sites that were targeted across the Arab country by the strikes.

Following the strikes, a Pentagon official claimed that the sites chosen were involved in the “research, development and deployment” of chemical weapons.

The report by Tasnim’s correspondent in Damascus and his interviews with locals there, however, proved that the opposite was the case.

“My fellow Americans, a short time ago, I ordered the United States Armed Forces to launch precision strikes on targets associated with the chemical weapons capabilities of Syrian dictator Bashar al-Assad. A combined operation with the armed forces of France and the United Kingdom is now underway. We thank them both,” Trump told Americans in a televised address minutes after ordering the strike on the Arab country.

The US, Britain and France launched airstrikes against multiple places in Syria early Saturday following US President Donald Trump’s order despite international warnings against further escalation of the situation in the Arab country and across the Middle East.

The US-led military coalition has accused the Syrian government of having allegedly attacked the militant-held town of Douma in the Eastern Ghouta region on April 7 and claimed that the Saturday air strikes had been aimed at deterring Syria’s further use of chemical weapons.

The Russian military said Saturday that the US, Britain and France fired 103 cruise missiles, including Tomahawk, at Syria but that Syrian air defense systems managed to intercept 71 of them.