Vetoed UN Resolution Another Defeat for US: Iran’s Araqchi 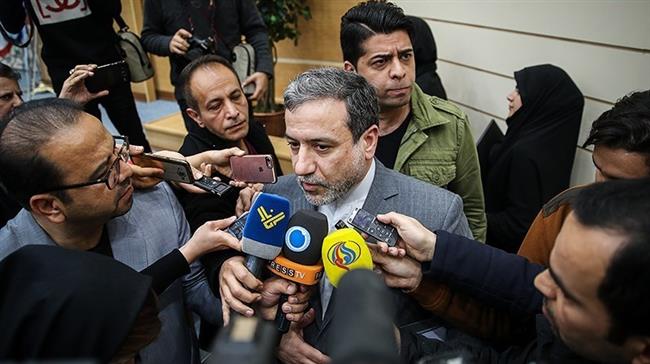 Russia on Monday vetoed a resolution at the UN Security Council, presented by Britain and strongly backed by the United States, that called for “additional measures” against Iran over accusations that it violated the 2015 arms embargo on the war-torn Arabian Peninsula state.

The draft resolution gained 11 favorable votes at the 15-member Security Council but was blocked by Russia’s veto. China and Kazakhstan abstained, while Bolivia also voted against the measure.

A group of so-called independent United Nations experts monitoring the sanctions on Yemen reported to the Security Council in January that it had “identified missile remnants, related military equipment and military unmanned aerial vehicles that are of Iranian origin and were brought into Yemen after the imposition of the targeted arms embargo.”

“Based on a one-sided report, they intended to pass a resolution that also referred to Iran, but they failed,” Araqchi said.

“This is yet another failure by the US government to drag Iran to the Security Council,” he added.

“Over the past year, the US government has on many occasions tried to one again drag Iran to the Security Council and it has failed every single time and this is another sign of the US isolation on the international scene and the strength of the Islamic Republic of Iran,” the senior Iranian diplomat pointed out.

He emphasized that the “biased accusations” were absolutely clear in the way the report was formulated by the UN panel.

He said the UN experts had “made their own judgment even before travelling to Iran to discuss and hear our comments.”

It was clear how others had influenced the report, Araqchi added.

“We will definitely continue our policies in the region in a way that will meet the country’s interests,” he said.

“We do not like condemnations at all, no, in general,” Nebenzia said, adding, “It is a resolution about the extension of the working group, not about Iran. So we should concentrate on extending the working group first.”

Iranian Foreign Ministry Spokesman Bahram Qassemi earlier this month once again rejected the allegations about the Islamic Republic’s provision of missiles to Yemeni forces, saying such claims are lies and a foolish scenario.

“Iran’s missile program is for defensive and deterrent [purposes] and claims about the dispatch of missiles to Yemen despite the all-out blockade on this country are lies and a foolish scenario designed to exonerate the aggressors,” Qassemi said.

The chief commander of Iran’s Islamic Revolution Guards Corps (IRGC) also in January dismissed the allegations leveled by the US and its allies about the Islamic Republic’s provision of missiles to Yemeni forces.

“Missiles fired at Saudi Arabia belong to Yemen which have been overhauled and their ranges have been increased,” Major General Mohammad Ali Jafari said.