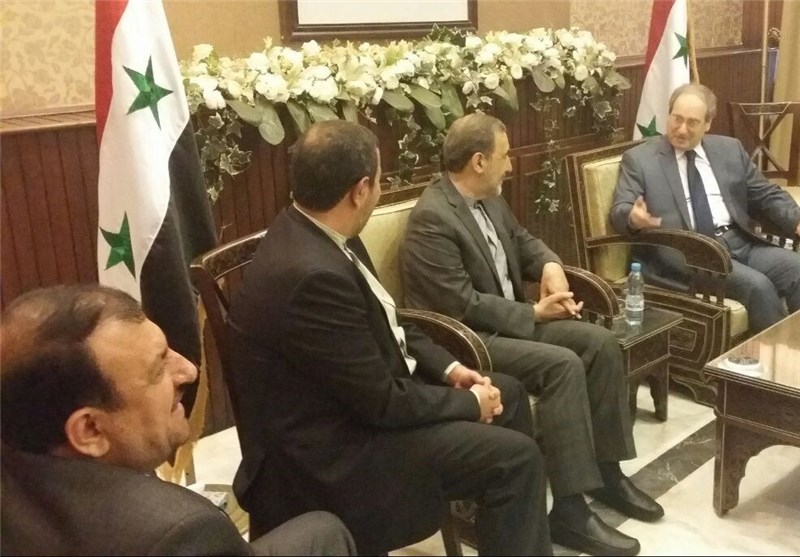 Ali Akbar Velayati, an international adviser to the Leader of the Islamic Revolution, Ayatollah Seyed Ali Khamenei, reiterated the Islamic Republic’s support for the Syrian nation and government in their fight against terrorism.

“It is not easy for a country to withstand five years of war like Syria has. Iran will continue to support Syria’s leadership, army, and people,” Velayati told reporters upon his arrival in the Syrian capital Damascus on Friday.

He further praised efforts made by the Syrian government and army in the battle against terrorism and said, “I believe the Syrian president has shown that he can manage the country with prudence and bravery.”

Mekdad briefed Velayati on the latest developments in the crisis-hit country and said a decisive victory is imminent.

“Iran has always stood by the Syrian nation, and the two countries’ ties are strategic and crucial,” he further said.

Syria has been gripped by civil war since March 2011, with various terrorist groups, including Daesh (also known as ISIS or ISIL), currently controlling parts of it.