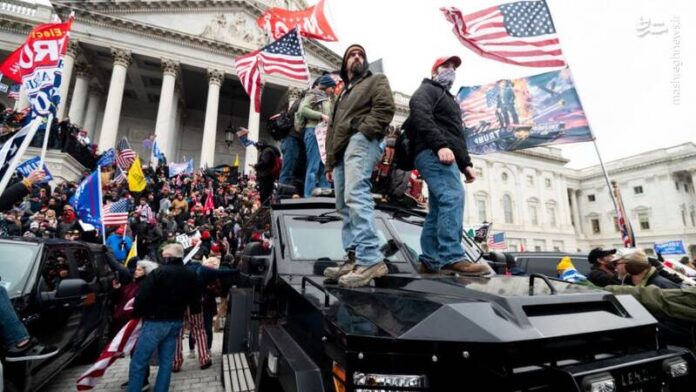 A senior Iranian official says the true nature of the US Establishment further came to light during the rule of President Donald Trump.

Mahmoud Vaezi, the chief of staff of the Iranian president’s office, said the uncensored image of the United States was particularly revealed following the country’s presidential election.

“What we have seen over the past two months following the United States’ presidential election has been part of the unretouched image of the US Establishment, which has been further unmasked over the past four years with the Trump administration in office,” he said.

“Part of Trump’s domestic legacy is the issue of vote rigging [claims] as well as street unrest and the attack on Congress, which disrupted an official congressional session,” the vice president said.

“Over the past four years, the Trump administration’s destructive and wrong policies have not only increased the United States’ decline, but has triggered insecurity as well as political and economic instability around the world,” he added.

Vaezi then touched upon Washington’s unilateral withdrawal from the 2015 Iran nuclear deal, officially known as the Joint Comprehensive Plan of Action (JCPOA).

“When Trump breached the US commitment and unilaterally withdrew from the JCPOA and other international agreements, and afterwards illegally slapped sanctions on our people through the ‘maximum pressure’ policy and imposed an economic war on them and, in a cowardly act, assassinated general Soleimani, we said repeatedly that he will discredit the US government and put an end to his political life,” he said.

“Those warnings may now be understood better after that shameful day for the US-style democracy in Congress,” Vaezi noted.

“The Trump administration’s populist policies and their destructive results in the United States and on the international stage should be an object lesson for the new US president, who should make up for the past and not repeat the mistakes of the Trump administration with other methods with regards to pressuring independent countries and withdrawing from international agreements,” he added.