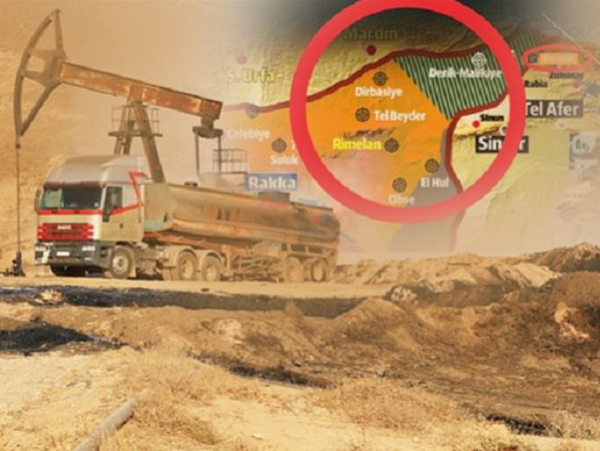 A Turkish-language website has revealed that the US forces along with the Kurdistan Workers' Party (PKK) militants are smuggling at least 17,000 barrels of oil out of Syria on a daily basis.

The US forces and Kurdish militants have been using a pipeline passing through Hasakah-Ramilan region in Syria with the aim of smuggling Syria’s oil out of the country for sale at international markets.

“The smugglers gain at least $10m on a daily basis by smuggling Syria’s oil into Iraq’s Ein Zaleh,” Yenisafak reported.

The website added the US forces arrived in Syria’s Kobani under the pretext of restoring security in the city. “They chose Ramilan base for deployment and began to smuggle the region’s oil into Iraq as of November 2014.”

The report also said the two sides’ cooperation have been continuing till today. “The US and PKK militants used western companies as proxies to smuggle Syria’s oil out of the country.”

The Turkish website then added the pipeline was established in 1991 by the regime of the former Iraqi dictator Saddam Hussein with the aim of trans-passing the US sanctions against the country. “Saddam regime used the pipeline to smuggle Iraq’s oil to Syria.”

According to the report, the pipeline was severely damaged in a US airstrike about two decades ago. “The US entered Syria under the pretext of fighting against ISIS and immediately began to fix the pipeline with the aim of smuggling Syrian oil into Iraq for sale at international markets.”

The Turkish website added the PKK fighters are assigned with protecting the pipeline against terrorist groups’ attacks. “At present at least 150 PKK fighters are taking part in the smuggling of Syrian oil into Iraq on a daily basis,” it concluded.