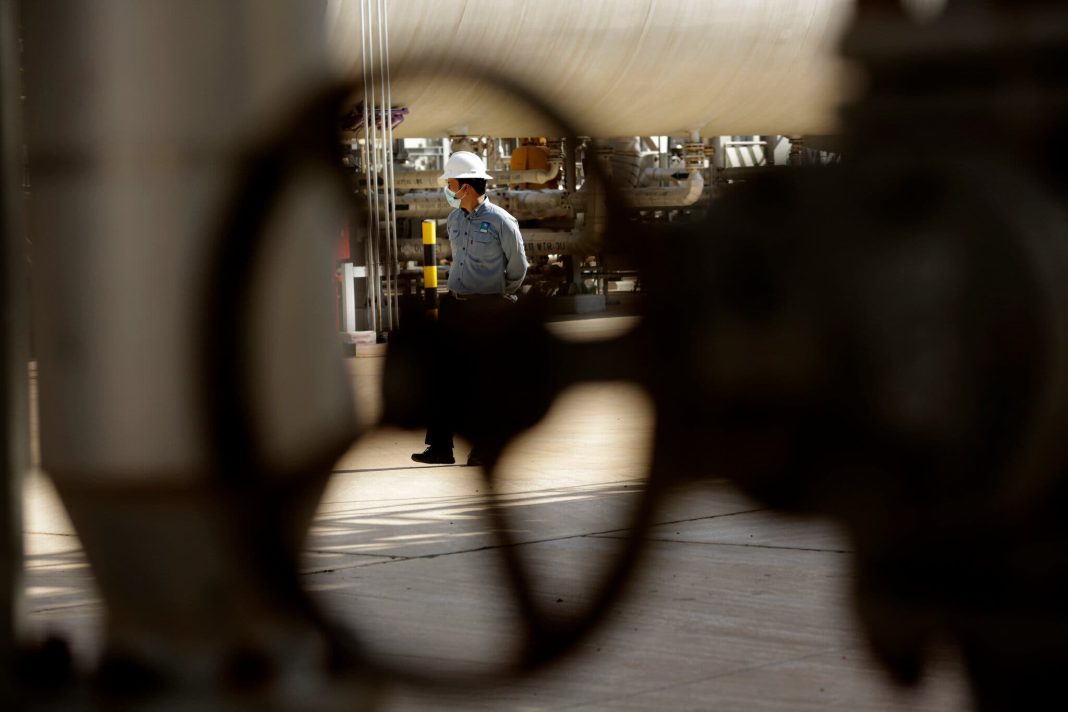 The White House has dispatched two US officials to Saudi Arabia this week to press Riyadh to pump more oil. The development comes as fears of a Russian invasion of Ukraine could cause energy prices to rise.

National Security Council Middle East coordinator Brett McGurk and the State Department’s energy envoy, Amos Hochstein, were in Riyadh on Wednesday, a senior US official confirmed to CNN, attempting to shore up the relationship more broadly but also to lobby Saudi officials to pump more crude oil and stabilize markets.

The Saudis have been resistant to any changes in production because of their commitments to OPEC+, a consortium of oil-producing countries that includes Russia, the official added.

The officials’ trip to Saudi Arabia follows a phone call between President Joe Biden and Saudi King Salman bin Abdulaziz Al-Saud last week, in which they discussed “ensuring the stability of global energy supplies,” according to a White House readout of the call.

Biden, in a speech on Tuesday, said that a Russian invasion of Ukraine was unlikely to be “painless” for Americans.

“There could be impact on our energy prices,” he continued, adding, “So, we are taking active steps to alleviate the pressure on our own energy markets to offset raising prices.”

US officials have continued to claim that a Russian invasion of Ukraine could happen at any moment, though Biden noted on Tuesday that he still sees a window for diplomacy.

Given the high risk of a Russian attack, the Biden administration has been making contingency plans for months to shore up Europe’s energy supplies should a Russian invasion of Ukraine create gas shortages and roil the global economy, CNN has previously reported.

“We’re coordinating with major energy consumers and producers,” Biden said on Tuesday, adding, “We’re prepared to deploy all the tools and authority at our disposal to provide relief at the gas pump. And I will work with Congress on additional measures to help protect consumers and address the impact of prices at the pump.”

War between Russia and Ukraine could significantly affect global energy markets. Russia is the second biggest oil producer in the world, behind only the United States. Russia also currently provides Europe with more than 40% of its natural gas supply, according to Eurostat, the European Union’s statistical office. A large amount of that supply goes through Ukraine, and those exports would likely be severely disrupted by a war and damage to critical energy infrastructure.

US officials have therefore been in regular discussions with a number of countries and companies in Europe, the Middle East, North Africa and Asia about stepping up production of liquefied natural gas to Europe if war breaks out and puts the continent’s energy supplies at risk, senior administration officials announced last month.

The discussions have been aimed at reassuring nervous European allies that heavy sanctions on Russia would not result in an outsized blowback on the European economy. European allies have also been particularly concerned about the potential for Russia to weaponize its gas exports to retaliate against Western sanctions.

Moscow has repeatedly denied it has any intention of invading its neighbor, while pointing the finger at NATO for escalating the situation and endangering the security in Europe.