A senior adviser to Leader of the Islamic Revolution Ayatollah Seyyed Ali Khamenei says the United States’ and Saudi Arabia’s presence in Syrian territory is illegal.

“The presence in Syria by such countries as the US and Saudi Arabia, who intervene there without the Syrian government’s consent, is illegal,” Ali Akbar Velayati, who advises the Leader on international affairs, said on Saturday.

“Making decisions as to Syria’s future is up to Syrian people,” he said, adding, “Others are disallowed to meddle in Syria’s internal affairs.”

Saudi Arabia is widely reported to be providing lavish financial and ideological support for the Takfiri militants operating in Syria. Riyadh also backs the so-called High Negotiations Committee (HNC), which is an opposition group. The HNC has so far turned down two United Nations (UN) proposals aimed at resolving the Syrian conflict.

Many of the Takfiri terrorists operating against Damascus in Syria are believed to follow Wahhabism, a strand of extremist “ideology” preached by government-sanctioned clerics in Saudi Arabia.

The United States has also been leading a number of countries in a bombing campaign with the declared goal of uprooting Daesh in Syria since 2014. The campaign, which has forgone both a UN mandate and Damascus’ approval, has fallen severely short of its declared aim.

Velayati also remarked on the failed coup in Turkey in July, which was conducted by a faction of the Turkish military.

“What recently happened in Turkey had different results, including [clarifying] who the real friends of Turkey are and who aren’t,” he said.

Iran was the first country to condemn the failed putsch in Turkey. 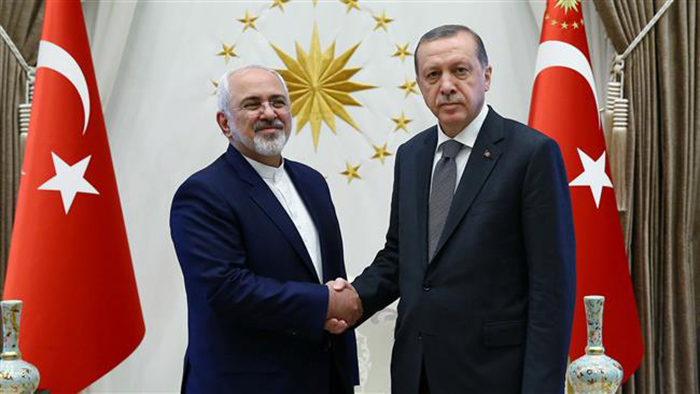 On Friday, Iranian Foreign Minister Mohammad Javad Zarif traveled to the Turkish capital, Ankara, in a first visit by a high-ranking Iranian official to Turkey since the July 15 coup bid.

Zarif met with his counterpart Mevlut Cavusoglu as well as Turkish President Recep Tayyip Erdogan, discussing crucial issues of mutual interest and the means of resolving differences between Iran and Turkey.