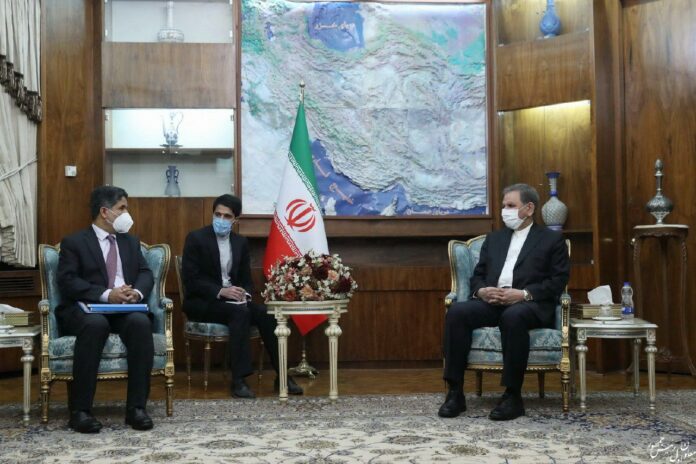 Iranian First Vice President Es’haq Jahangiri has sat down for talks with the director of the World Health Organization (WHO)’s Regional Office for the Eastern Mediterranean.

In the meeting, Jahangiri said if Iran were not under sanctions, it would be among the first countries to provide people with the coronavirus vaccine.

He said the Iranian people’s voice against the US should be heard across the globe.

“Unfortunately, the Iranian nation’s cries against the United States’ inhumane policies have not been echoed worldwide,” he noted.

“We expect the WHO to negate the United States’ inhumane policies during the fight against the coronavirus pandemic,” the vice president said.
He then lauded efforts by Iranian medical personnel in combating COVID-19.

“Iranian scientists as well as medical personnel did a wonderful job,” said Jahangiri while touching upon cruel sanction imposed by Washington on Iran.