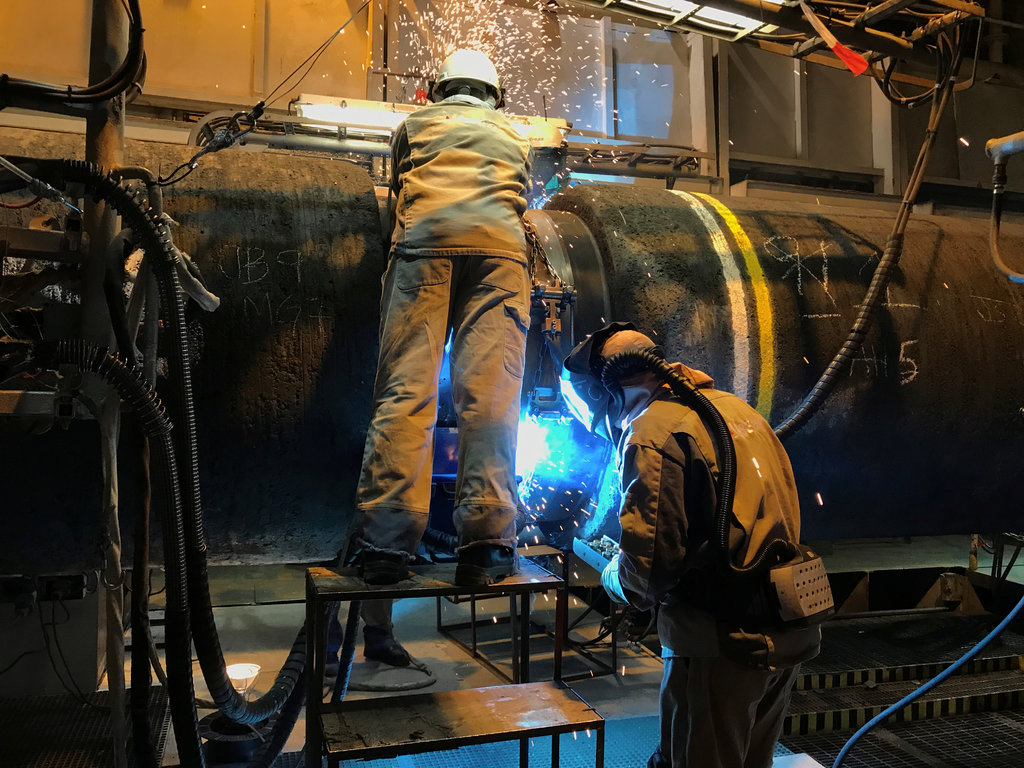 U.S. President Joe Biden announced that he would impose new sanctions on the company behind the Nord Stream 2 pipeline, which was built to ferry natural gas from Russia to Germany. The announcement follows Russia’s recognition of two separatist-controlled regions east of Ukraine that led to harsh anti-Moscow bans by the West.

“Today, I have directed my administration to impose sanctions on Nord Stream 2 AG and its corporate officers. These steps are another piece of our initial tranche of sanctions in response to Russia’s actions in Ukraine,” Biden said in a statement.

“Through his actions, President Putin has provided the world with an overwhelming incentive to move away from Russian gas and to other forms of energy,” Biden added.

Until now, the question of whether to impose sanctions on Nord Stream 2 has been a thorny one for the Biden administration. Since its inception, Germany has strongly supported the pipeline project, and viewed it as a crucial source of affordable energy for western Europe’s most populous country.

But earlier this week, German Chancellor Olaf Scholz made the surprise announcement that final approval of Nord Stream 2 would be put on hold, after Russia moved troops into regions of eastern Ukraine. Scholz’s announcement freed up the Biden administration to move ahead with its own sanctions, which have strong bipartisan support in Congress.

On Wednesday, the United Kingdom warned the Russian government that it was ready to impose more rounds of devastating sanctions should Moscow push farther into Ukraine.

“This is just the start,” said Tariq Ahmad, Minister of State for the Commonwealth and the United Nations, referencing the U.K.’s previously announced sanctions.

“If Russia continues its campaign of aggression, we have a further package of sanctions ready to go. We asked the wider international community to join us in this effort,” Ahmad told the international forum.

“We must meet Russia’s aggressive acts with solidarity with strength including through coordinated sanctions to impose a severe cost on Russian interests and their economy,” he continued.

Ahmad warned that further Russian military action will take a horrific toll not only on Ukrainians but also on Russians, calling both “victims of an unnecessary war of the Kremlin’s choosing.”

A Pentagon official said Wednesday that about 80% of Russia’s military forces that are amassed around Ukraine are “ready to go” for an attack.

“They are literally ready to go now if they get the order to go,” the official stated.

The official, who spoke on the condition of anonymity in order to share new details of the Pentagon’s assessment, noted that Russian President Vladimir Putin has assembled enough aviation, maritime and ground assets to “conduct a large-scale invasion.”

The majority of the forces are ground military assets, the official added.

“What continues to give us concern is the full range of capabilities that Mr. Putin has at his disposal right now, everything from significant offensive missile capability to offensive ground power. He has more than two dozen warships in the Black Sea,” the official continued.

“He has a cruise missile capability, he’s got ballistic missile capability arrayed, armor, artillery, certainly infantry, special forces and we assess today that he is near 100% of all the forces that we anticipated that he would move in,” the official announced.

Russia expels top US diplomat in Moscow amid Ukraine crisis