US, Observers Surprised by Increase in Iran’s Oil Exports 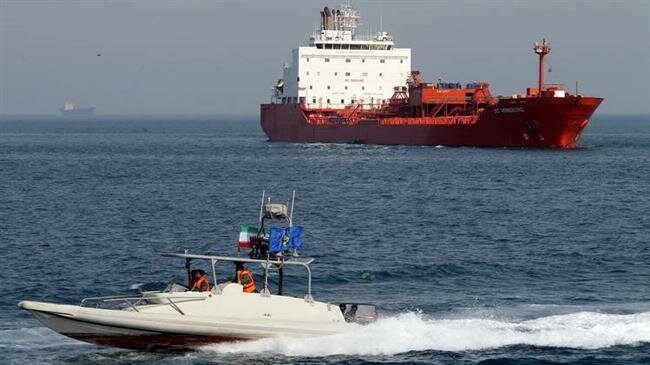 Iranian exports of crude oil and condensate have surged to levels near before sanctions, surprising market observers and affording the country an important victory in a US “economic war” on Tehran.

According to the energy and commodities information provider, Iran’s exports volumes have recovered by 60% since November, “surprising many on the market.”

That is because November was the month when US President Donald Trump’s most extensive sanctions ever went into effect against Iran’s oil industry.

The explanation could be that some key clients of Iranian oil which had either halted or significantly reduced their shipments before November scrambled to pick up more volumes as Trump decided that month to give waivers to eight importers.

Platts also cited data from geospatial analytics startup Ursa, saying Iran’s crude inventories for exports had fallen by 25% since early January. Kharg Island which is the country’s main export terminal had seen a 30% decline in inventories in March, it said.

“With the US granting exemptions to some of Iran’s biggest customers, exports seem to have fared better than anticipated,” Platts quoted Geoffrey Craig, an energy analyst at Ursa, as saying.

The country faces the 180-day US waiver expiring on May 3, with most importers saying they want to continue oil imports from Iran.

On Monday, Secretary of State Mike Pompeo left the world guessing on whether the United States will extend waivers for countries importing oil from Iran.

“We’ll make that decision in due course as we move towards May 2nd,” Pompeo said of the oil waivers.

However, a recent rally in oil prices means there is little room for maneuver for the United States, energy experts say.

US leaders have said Washington’s ultimate aim is to get oil exports from Iran down to zero, but Iranian officials and many international analysts have dismissed it as a bluff.

President Hassan Rouhani has said no oil will be exported from the Persian Gulf if the United States decides to block Iran’s oil exports.

On Tuesday, Parliament speaker Ali Larijani stressed that the US was unable to zero out Iran’s oil exports.

“You thought you could bring Iran’s oil sales to zero last year, but you did not succeed,” he said at parliament as he addressed the US over its designation of the Islamic Revolution Guards Corps (IRGC) as a “terrorist organization”.

According to the Wall Street Journal, the US is most likely to extend waivers for South Korea, China, Japan, India and Turkey due to the potential impact on global oil supply from political unrest in Libya.

The oil market is already tightening amid US sanctions on Venezuela and Iran. Renewed fighting in Libya and fears of fresh supply outages are driving prices higher.

Libya is a significant supplier of oil to Europe which has cut imports of Iranian oil to zero, not including Turkey.

Oil prices reached their highest since November above $71 a barrel on Tuesday.

The Trump administration is under pressure after Republican losses in the midterm elections and is extremely wary of any threats to the economy, including higher gas prices.