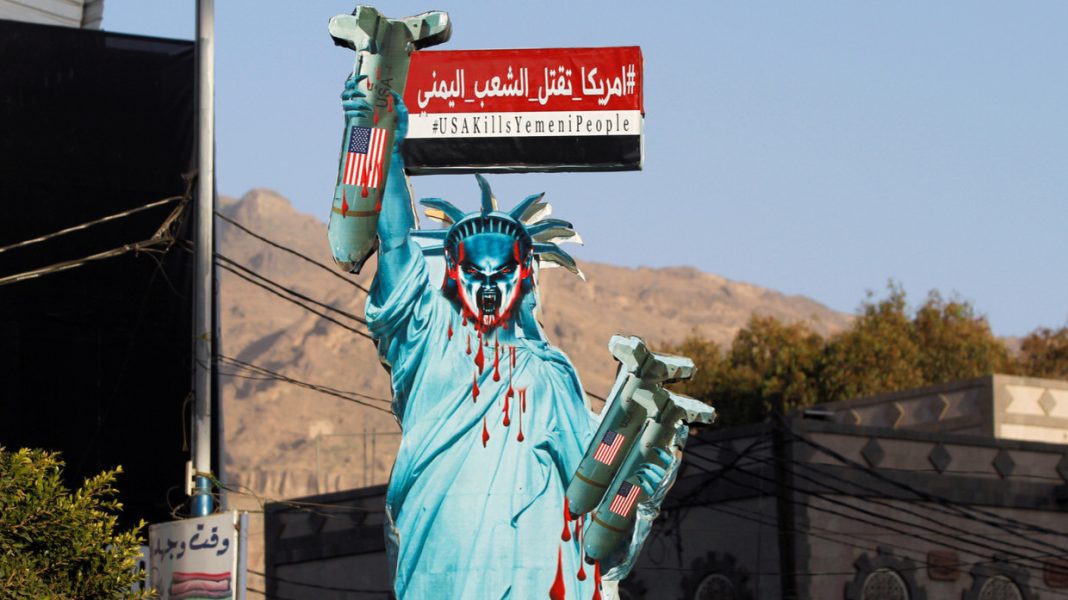 The administration of US President Joe Biden is discussing the possible lifting of its ban on US sales of offensive weapons to Saudi Arabia, but any final decision is expected to hinge on whether Riyadh makes progress toward ending the war in neighboring Yemen, according to four people familiar with the matter.

Senior Saudi officials pressed their US counterparts to scrap a policy of selling only defensive arms to its top Persian Gulf partner in several meetings in Riyadh and Washington in recent months, three of the sources said ahead of Biden’s visit to the kingdom this week.

The internal US deliberations are informal and at an early stage, with no decision imminent, two sources said, and a US official told Reuters there were no discussions on offensive weapons under way with the Saudis “at this time.”

But as Biden prepares for a diplomatically sensitive trip, he has signaled that he is looking to reset strained relations with Saudi Arabia at a time when he wants increased Persian Gulf oil supplies along with closer Arab security ties with Israel to counter Iran.

At home, any move to rescind restrictions on offensive weapons is sure to draw opposition in Congress, including from Biden’s fellow Democrats and opposition Republicans who have been vocal critics of Saudi Arabia, congressional aides say.

Biden, who as a presidential candidate denounced Saudi Arabia as a “pariah,” declared in February 2021 a halt to US support for offensive operations in Yemen, including “relevant arms sales.”

Saudi Arabia, the biggest US arms customer, has chafed under those restrictions, which froze the kind of weapons sales that previous US administrations had provided for decades.

Biden’s approach has softened since Russia’s invasion of Ukraine in March, which has prompted the United States and other Western countries to appeal to Saudi Arabia, the world’s top oil exporter, to pump more oil to offset loss of Russian supplies.

Saudi Arabia also won White House praise for agreeing in early June on a two-month extension of a UN-brokered truce in Yemen, scene of the world’s worst humanitarian crisis.

Washington would now like to see it turned into a permanent ceasefire.

A person in Washington familiar with the matter noted the administration had begun internal discussions about the possibility of removing Saudi weapons restrictions but indicated they had not reached a decision-making stage.

Among the times when Saudi officials raised the request was during Deputy Minister of Defense Khalid bin Salman’s visit to Washington in May, according to a second source.

The Saudi government did not respond to a request for comment.

The sources stressed, however, that no announcement was expected around Biden’s July 13-16 trip, which will include stops in Israel and the West Bank.

Any decision, they added, is expected to depend heavily on whether Riyadh is deemed to have done enough to find a political settlement to the Yemen conflict.

Among the biggest-ticket items the Saudis would likely seek are precision-guided munitions (PGM) such as those approved under former President Donald Trump in the face of objections from members of Congress.

But the Biden administration is expected to move cautiously as it discusses which systems might be offered, two sources continued.

Amnesty International announced US-made precision-guided bombs were used in a Saudi-led coalition air strike on a detention center in Yemen in January that killed scores.

If Washington eases the ban, it may be easier to push through sales of less-lethal equipment such as armored personnel carriers or replenish stocks of less-sophisticated ground-to-ground and air-to-ground weaponry.

Even under existing restrictions, the United States began stepping up its military support for Saudi Arabia earlier this year following Houthi missile strikes on the kingdom.

Washington approved missiles and an anti-ballistic defense system sales to Saudi Arabia, the Pentagon said in November, and the United States sent Patriot missiles this year as well – all deemed by US officials to be defensive in nature.

While lawmakers have mostly acquiesced to such sales, Biden could face fallout on Capitol Hill if he decides to sell Riyadh offensive weapons again.

Some have questioned Biden’s decision to visit Saudi Arabia, seeing it as lending legitimacy to Crown Prince Mohammed bin Salman, the Saudi de facto leader who the US intelligence community concluded was behind Khashoggi’s murder.

Among the likely opponents would be Democratic Senator Chris Murphy, a staunch critic of the Saudi campaign in Yemen who praised Biden when he froze offensive arms sales.