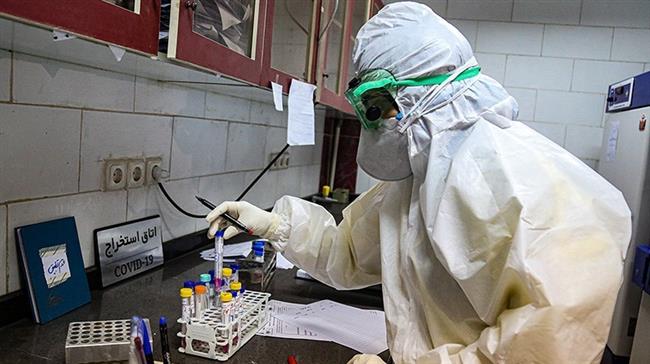 Iran's foreign minister says US "medical terrorism" against Iranians through imposing toughest ever sanctions on the country is leading to a "humanitarian catastrophe" as it makes it “impossible” for ordinary people to have access to essential drugs amid the Covid-19 pandemic.

“This is leading to a humanitarian catastrophe,” he warned.

Iran’s foreign minister emphasized that the United States’ so-called maximum pressure campaign against Iran undermines the country’s efforts to treat the coronavirus patients and stem the spread of the deadly virus.

“The American policy of maximum pressure hampers Iranian exports, while Iran has fewer and fewer sources of investment,” he wrote.

The top Iranian diplomat went on to say that the US sanctions have forced international banks to avoid dealing with Iran and prompted European medical companies to refuse selling vital equipment to Tehran amid its fight against the coronavirus.

He said, “Anti-Iranian sanctions also prohibit procurement of drugs and medical equipment by the Iranian government. Restrictions in banking and financial sectors, imposed against Iran, harm humanitarian imports. Due to American threats, European medical equipment makers do not trade with Iran and do not sell us medical goods.”

“Although Iran is a country that has rich fossil reserves, including oil and gas, it does not have, thanks to the US-imposed sanctions, funding sources necessary to provide aid to the people who suffered from the coronavirus,” Zarif wrote.

The United States has refused to lift sanctions on Iran and even tightened them several times in recent weeks, making it almost impossible for the Islamic Republic to access life-saving medications and medical equipment.

Iran says the unilateral US sanctions imposed on the country have seriously hampered its fight against the pandemic.

Iran is additionally aggrieved by the fact that international companies, especially in Europe, continue to comply with the unilateral sanctions despite US claims that medicine and food are exempted from its bans.

Iran has urged the international community to lift sanctions and is seeking a $5 billion loan from the International Monetary Fund.

In his op-ed for Kommersant, the Iranian foreign minister also noted that the United States engages in various forms of “economic and medical terrorism” against Tehran.

“From a legal point of view, such actions are not only terrorism against Iran, but also are a crime against humanity and the global community,” Zarif said.

He stressed the importance of preventing any move to hinder Iran’s battle against the coronavirus and disrupt international aid in this regard.

“In current sensitive moment, the only thing America can do is to not obstruct Iranian fight with the coronavirus and not to disrupt international aid delivery,” he said.

In a post on his official Twitter account on Sunday, Zarif once again hit out at the United States for its refusal to lift Iran sanctions amid the coronavirus pandemic, saying Washington is upgrading its “economic terrorism” to a new level of “medical terror” against Iranians.

He then urged the international community to stop supporting “war crimes” committed by the US administration and obeying “immoral and illegal” sanctions against the Iranian nation.

Zarif also wrote on his Instagram account earlier on Monday that the coronavirus pandemic underscores the need to end “madness in politics and irresponsible unilateralism” of the US government, which is sabotaging Iran’s fight against the disease through sanctions.

“This is the ugliest face of a government addicted to sanctions which wants to revive its abortive maximum pressure campaign through weakening Iran in the face of the corona,” he added.