‘US Impeding Probe into Alleged Chemical Attack in Syria’ 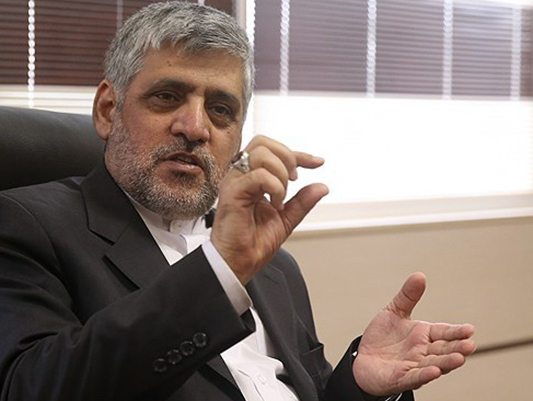 A former Iranian ambassador to Syria says the US is hampering efforts aimed at launching an international investigation into the recent chemical incident in Syria.

In an interview with the Etemad daily, Iran’s former ambassador to Syria Mohammad Reza Raouf Sheibani weighed in on the past and current developments in Syria and made predictions about the future course of events in the Arab country. Here are excerpts from his remarks in the Farsi interview.

[Concerning the chemical incident in Khan Shaykhun in Syria’s Idlib province, he said] If it is the Syrian government that carried out the attack and knew what the consequences would be, then why did Damascus do it after all? Back in 2013 and in a period of time from one and a half years to two years, all of Syria’s chemical weapons were shipped out of the country under the supervision of the UN. Afterwards, the international body officially announced that Syria was no longer in possession of chemical arms.

Still, before the chemical arms dossier was put forward, some of the country’s chemical weapons depots had fallen into the hands of militants. Even the UN envoy had announced in a report that the world body, due to security reasons, was unable to go to those places and dismantle the chemical arms which might have been stored there. At the same time, the Syrian government released reports suggesting militant groups were sending chemical materials and ammunition from Iran and Turkey into Syria. Damascus sent the reports in detail to the UN as well as countries such as Iran.

Militants’ Chemical Depots May Have Been Hit by Mistake

One of the possible scenarios concerning the suspected militant attack in Khan Shaykhun is that militants’ chemical arms depots might have been mistakenly targeted by the Syrian army. Russia is of the same opinion. Moscow says the area bombarded was the place where terrorists stored chemical arms, and that Damascus was not aware of that. On the other hand, given that the newly installed Trump administration, militants and the opposition in Syria as well as countries supporting them seek to put the ouster of Syrian President Bashar Assad high on Washington’s agenda, they might have hatched a plot to set up the Syrian government.

Moreover, the scope of terrorists’ activities in Syria has no limits and they use whatever means available to them to achieve their objectives. Recently, we witnessed terrorists operating in an area on the outskirts of Damascus. They had threatened to contaminate drinking water in Damascus with poisonous materials. This is the danger of terrorism, one which threatens the international community.

US Impeding Probe into Chemical Incident

[Concerning Washington’s attempts to hamper an international investigation into the Khan Shaykhun incident] The question is why the US government did not allow a probe to be conducted on the ground before its missile attack on a Syrian airbase. Americans first carried out the attack, then spoke of the necessity to carry out such a probe. The foreign ministers of Iran and Russia also asked why the White House had conducted the attack without the UN’s consent. If the whole thing is a pre-planned scenario, naturally the US would not allow an investigation team to be formed within this context.

The US missile attack only emboldens armed militants and prompts them to violate the ceasefire. One of the repercussions of the US missile strike is that it will encourage militants to commit more acts of terror. Militants feel they are strengthened. Now the military option to settle the Syria crisis is on the table again.

[As for the possibility of Moscow ending support for Syria in return for receiving certain political concessions] It’s impossible to read Russians’ minds. Since the Syria crisis started, Moscow has proved that it is ready to pay the price and stand firm behind their approach. It is not the first time that Russia comes under pressure. When Russia decided to seriously play a part in settling the Syria crisis, Moscow’s economic interests were jeopardized and it was warned as well. For instance, Arabs, who had a lot of economic interests, made numerous threats behind the scenes.

The United States’ recent missile strike on Syria was conducted on a limited scale and will not be repeated on a larger scale. Due to different reasons, the White House cannot increase its involvement in Syrian developments. The US attack on Syria, which was met with international reactions, was similar to a test. That is why the Americans gave the necessary signals to Russia before carrying out the attack. Then Russia informed Syria, which accordingly evacuated its troops and equipment from the area.

[As for the US and Europe’s policy on the future of Syria] Washington’s approach, both before and after Trump, vis-à-vis Damascus is crystal clear. They seek a change of the ruling system in Syria. Their second policy is to create well-managed chaos in the sensitive Middle East region, so that turbulence would grip the region and they would be able to dictate their plans on the Mideast.

Another player in Syria developments is Europe, which does not have a clear strategy on the Syria conflict. Unfortunately, Europe made big strategic mistakes during the course of the crisis in the Arab country, causing terrorism, which was thousands of miles away, to be dragged into European countries. The US and Europe have no choice but to choose one of these two options: either to fight terrorism and reinforce the central government, or undermine the central government and allow terrorism to grow.

As for why the opposition in Syria is so weak, I can say they are dependent. If we take a quick look at the opposition’s performance since the beginning of the crisis, we’ll find out that they received their instructions by countries which supported them. Some opposition groups were dependent on Saudi Arabia, some on Turkey, some on Qatar and others on the United Arab Emirates. It was these countries that led the opposition.

The Syrian government and some other countries invited the opposition to enter into talks with Damascus. President Bashar Assad commissioned Vice-President Farouk al Sharaa to hold talks with all opposition groups where decisions would be made and implemented.

At the same time, Assad addressed demands by Kurds. He reformed the Constitution and drew up the new election law for the presidential vote. He changed the presidential term and annulled the State of Emergency Law. My reading of the developments is that the opposition had made up their mind and didn’t want to back down from their demands. They wanted either Assad or the Syria crisis to go. Iran made numerous efforts as a goodwill gesture to create a calm atmosphere that would help bring about a political settlement of the conflict. Iran even established contacts with some opposition groups and the Muslim Brotherhood.

Dr. Salehi held direct negotiations with a top opposition figure. Moreover, we held meetings in Tehran where members of the opposition reached preliminary agreements with representatives of the Syrian government. But the opposition did not intend to help work out a political solution to the crisis. Rather, they wanted to assume power. Even now, if opposition groups are attending Geneva or Astana talks, they seek to take the helm of affairs in the country. Unfortunately, the opposition deviated from the peaceful path and political dialog and turned to arms. Using weapons set the stage for the infiltration of terrorist and armed groups into Syria.

The reason why the opposition turned to arms was that the Syrian government cracked down on peaceful protests. The first armed conflict happened in Jisr ash-Shugur where some 20 Syrian troops were captured and decapitated by opposition forces and displayed before cameras. Naturally, Syrian security forces retaliated with inappropriate actions. But we should not put all the blame on the opposition. Definitely, the government didn’t act appropriately either, further deepening divisions within society. Moreover, provocations by certain media outlets and different scenarios further fuelled tension both at home and in the international community.