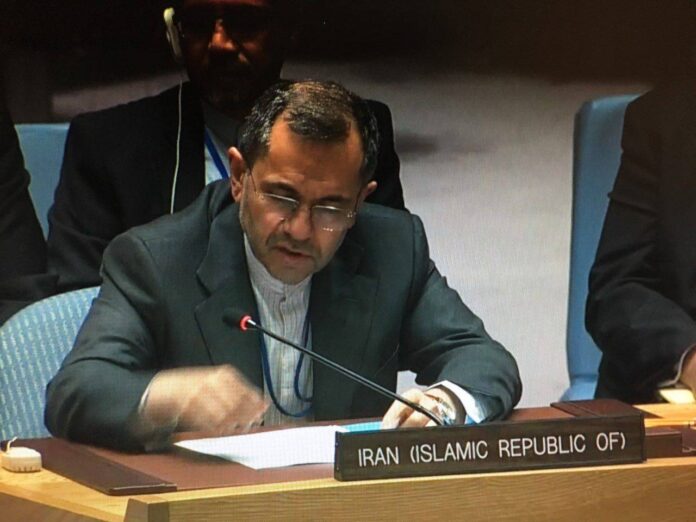 Iran’s ambassador to the United Nations says the sky is the limit when it comes to Washington officials leveling accusations against the Islamic Republic.

“The US administration’s Iran-bashing is limitless,” said Majid Takht-e-Ravanchi in a tweet.

He added the White House is also pressing ahead with its rumour-mongering against Iran.

“While the world focuses on cooperation to defeat #COVID19 — and calls on US to lift its #economicterrorism— [US Secretary of State] @SecPompeo disregards this and instead spreads disinformation: this time against Iranian diplomats,” he added.
His remarks came in reaction to a tweet by Pompeo, in which he accused Iranian diplomats of being involved in an assassination in Turkey.

The US’ psychological war against the Islamic Republic comes as the country is fighting against the novel coronavirus under the cruel sanctions imposed by the United States.
On Friday, Iran’s Ambassador and Permanent Representative to the UN office in Geneva Esmaeil Baqaei Hamaneh wrote a letter to Director General of the World Health Organization (WHO) Tedros Adhanom Ghebreyesus to warn that medical sanctions by the United States government against the Islamic Republic amount to an “unprecedented threat” to global public health.

Imposition of the cruel and illegal sanctions on Iran, which has resulted in the ordinary Iranian people being denied access to medicine and medical equipment and services, clearly exemplifies a crime against humanity, he said in the letter.