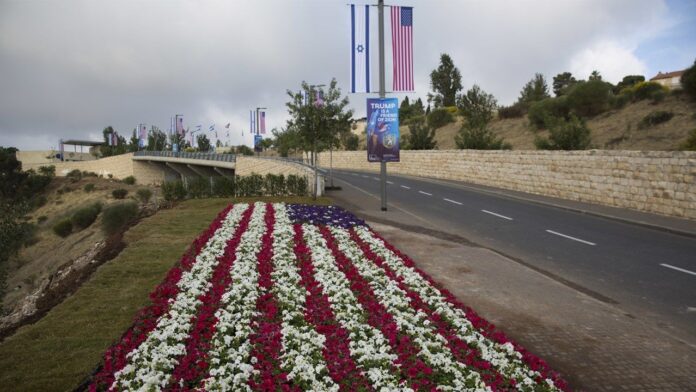 Iran’s Foreign Ministry, in a statement on Sunday, has warned about the consequences of the relocation of the US embassy from Tel Aviv to Jerusalem al-Quds.

The foreign ministry’s statement was released on the occasion of the Nakba Day which marks the anniversary of the establishment of the illegitimate Zionist regime of Israel.

The full text of the statement follows.
Since the occupation of Palestinian territories and the formation of the fabricated and racist Zionist regime [of Israel] on May 14, 1948, all humans from every ethnicity, nation and race have witnessed the killing and excessive sufferings of the defenceless people of this land on a daily basis; over the past 70 years, not only has the savage and aggressor Zionist regime committed anti-human crimes against the defenceless Palestinian nation, but it has been the root cause of crises in the region and a real threat to international peace and security, [it has caused] disasters and crises the bitter consequences of which can be seen now in the form of numerous regional crises in different shapes, including the spread of extremism, state terrorism, occupation, aggression, excessive demands and bullying. The regime occupying al-Quds has opted to kill and crack down on Palestinian people at this point in time in order to ensure its hollow security.

The recent crime committed by this regime in killing the Palestinian people taking part in the peaceful March of Return in Gaza is the latest instance of the regime’s constant and ongoing crimes.

Incontrovertibly, the perpetuation of the organised occupation of Palestinian territories and the continuation of this regime’s acts of terror together with the Trump administration’s recent unwise and illegal decision to recognise al-Quds as the capital of the Zionist regime [of Israel] and relocate the US embassy to that place, will only further strengthen the resolution and determination of the oppressed Palestinian nation in confronting and resisting occupation, and will indubitably intensify anti-Zionist and anti-US moves in the region and across the world and increase resistance in occupied territories.

In line with defending the cause of Palestine, as it has always done, the Islamic Republic of Iran categorically condemns the United States’ illegitimate and grudge-driven action, and firmly and deeply believes that Jerusalem al-Quds is an integral part of the Palestinian territories and one of three holy Islamic sites, and efforts to transfer the embassy to that place amounts to the flagrant violation of international regulations and resolutions, including Resolutions 478 (1980) and 2334 (2016).

The Islamic Republic of Iran believes that the establishment of lasting and just peace in the region hinges on the complete removal of occupation, the return home of all refugees, determination of a future ruling system for Palestine based on a referendum attended by all of its main residents, and, at the end of the day, the establishment of an integrated Palestinian government with Jerusalem al-Quds as its capital.

The Islamic Republic of Iran, while reiterating its support for the cause of Palestine, calls on Islamic nations and governments to remain vigilant in the face of plots hatched by the Zionist regime and its allies to sow discord within the Islamic community and consign to oblivion the key issue of Palestine as the main issue of the Muslim world, and urges them to maintain their unity and solidarity in the face of the Zionist regime. It is necessary that Muslim people, with more vigilance and prudence, remain on the watch for the conspiracies and divisive attempts by this regime, its transregional supporters and some regional parvenu, illusory, power-seeking leaders, who uniquely and brazenly have violated all Islamic and humanitarian principles, and try to bring about an unholy alliance and humiliating relationship with this illegitimate regime, undermine the resistance and push the path of fighting Israeli occupiers towards differences and ethnic-religious wars among Muslims.

At the end, the international community, especially the United Nations, is expected to take a fundamental and humanitarian step against the Zionist regime’s occupation and back-to-back acts of aggression and to deal with the regime’s crimes, and also work out a firm and appropriate response to prevent the behaviour and divisive and bellicose actions and false propaganda of a regime which believes the perpetuation of its illegitimate and fabricated existence is contingent upon tension and violence in the region.