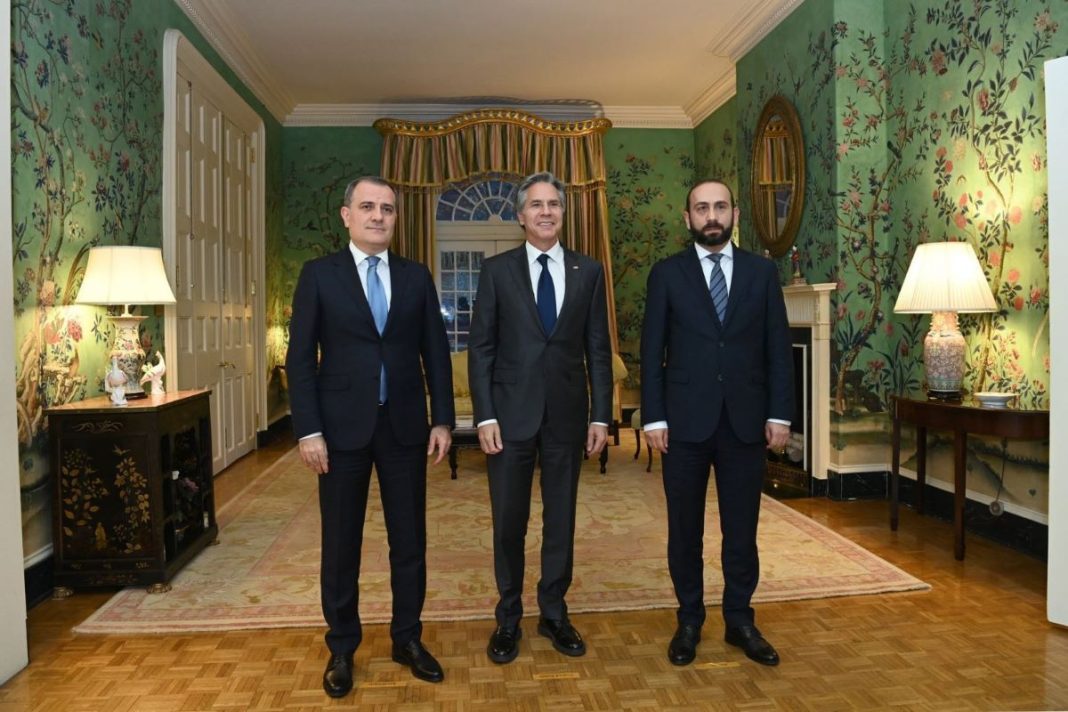 US Secretary of State Antony Blinken has praised Armenia and Azerbaijan Republic for taking "courageous steps" toward peace as the two countries' foreign ministers met in Washington.

“What we are seeing now are real steps and courageous steps by both countries to put the past behind and to work toward a durable peace,” Blinken said in public comments at the opening of the meeting.

The talks come just weeks after the worst fighting between the two countries since a 2020 war over control of the Nagorno-Karabakh region.

Blinken stated the talks would build on earlier discussions at the UN General Assembly in New York and other conversations between officials from Armenia, Azerbaijan, and the United States.

“The United States as a friend to both Armenia and Azerbaijan is committed to doing everything that we can to support you in this effort,” he added.

The rest of the meeting was being held behind closed doors.

As Moscow finds itself facing growing international isolation for its invasion of Ukraine, the United States and the European Union have stepped up efforts to mediate talks between Armenia and Azerbaijan.

Before the talks opened, Armenia and Azerbaijan accused each other of violating a truce along their tense border.