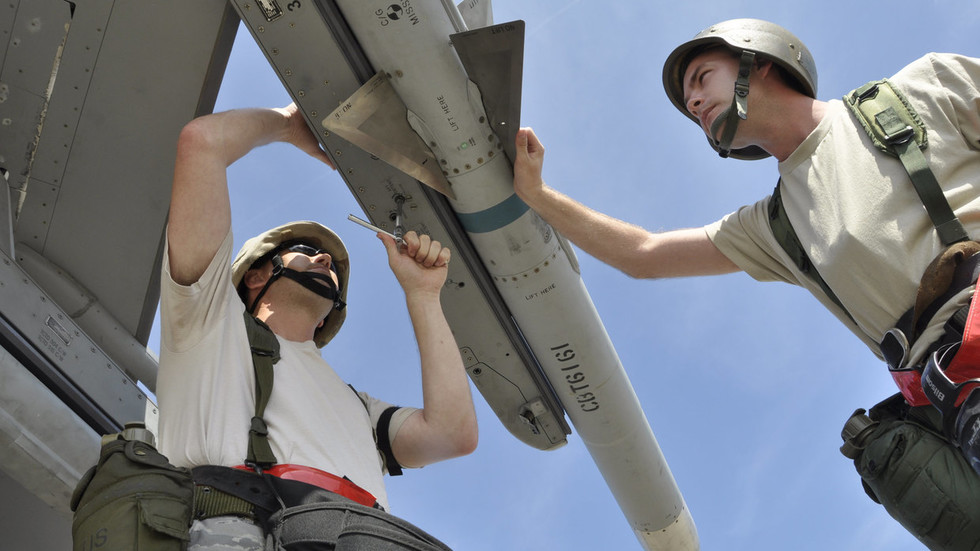 The US State Department has approved its first major arms sale to Riyadh under President Joe Biden with the sale of air-to-air missiles valued at $650 million, according to the Pentagon.

The United States has approved a $650 million sale of air-to-air missiles to Saudi Arabia, the Pentagon announced, in what would be the Biden administration’s first major weapons deal with the kingdom.

In a statement on Thursday, the Pentagon said the US State Department approved the sale to help Riyadh counter current and future threats.

“This proposed sale will support US foreign policy and national security of the United States by helping to improve the security of a friendly country that continues to be an important force for political and economic progress in the Middle East,” the Pentagon added.

It added that Massachusetts-based firm Raytheon would be the “principal contractor” for the sale of AIM-120C-7/C-8 Advanced Medium Range Air-to-Air Missiles (AMRAAM) and related equipment.

The sale comes months after Biden claimed he would end US support for Saudi Arabia’s “offensive operations” in Yemen, including “relevant arms sales”.

The State Department’s bureau of political-military affairs noted in a series of tweets on Thursday that the missiles are “not used to engage ground targets”.

“We’ve seen an increase in cross-border attacks against Saudi Arabia over the past year,” it added.

“Saudi AIM-120C missiles, deployed from Saudi aircraft, have been instrumental in intercepting these attacks that also [put] US forces at risk and over 70,000 US citizens in the Kingdom at risk,” it said.

The sale does not require congressional approval, but lawmakers can block the deal by passing a disapproval bill in the Senate and the House of Representatives.

The missile sale follows the US approval of a $500m helicopter maintenance deal for the kingdom in September.

Saudi Arabia’s critics were quick to slam the deal on Thursday.

“This has nothing to do with making the world a better place and everything to do with fueling our defense economy,” Marianne Williamson, an author and former presidential candidate, wrote on Twitter, adding, “America’s economy should not be built around merchandising death.”

As a candidate, Biden berated Saudi Arabia over the Yemen war and the killing of US-based journalist Jamal Khashoggi, calling the kingdom a “pariah”.

A State Department spokesperson stated the air-to-air missile sale is “fully consistent with the Administration’s pledge … to lead with diplomacy to end the conflict in Yemen while also ensuring Saudi Arabia has the means to defend itself from Iranian-backed Houthi air attacks”.

The Saudi intervention in Yemen started in 2015 when the kingdom and a coalition of its regional allies started a bombing campaign against the country’s Houthi rebels, who had taken over the capital Sanaa and much of the country.

Saudi Arabia considers the Houthis to be Iran proxies, allegations that both the rebels and Tehran reject. The war has spurred a massive humanitarian crisis and the UN announced last year that approximately 233,000 people had died as a result of the conflict.

Amid increasing cross-border attacks by the Houthis and an offensive by the rebels to take the strategic city of Marib, Saudi Arabia offered a ceasefire in Yemen in March.

But the Houthis rejected the proposal, stressing that the Saudi-led air and sea blockade on the country must be lifted without conditions before the fighting will end.