UN Urges US to Comply with ICJ Ruling on Iran Sanctions 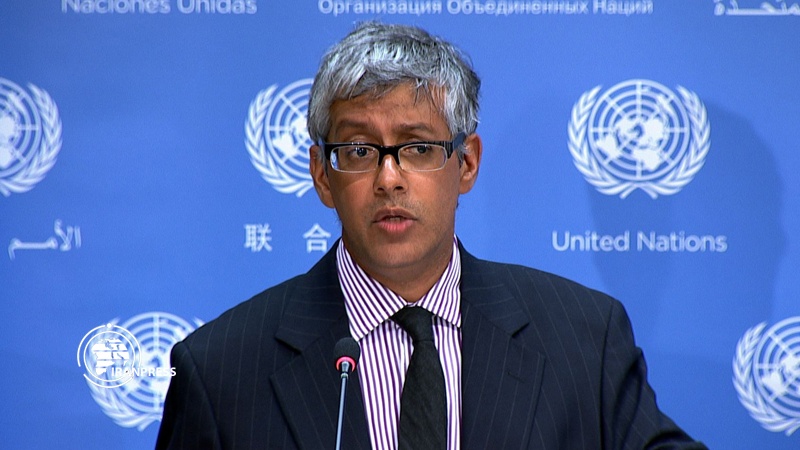 The Deputy Spokesman for UN Secretary-General, Farhan Haq, in response to the death of 15 Iranian children with EB disease, called on the United States to comply with the decision of the International Court of Justice and allow vital medicines into Iran.

Iranian children suffering from a rare skin condition known as EB are losing their lives as US economic sanctions hamper the flow of vital medical products into Iran.

“We encourage all UN member states to follow the decisions of the International Court of Justice,” Farhan Haq said according to Iran Press.

Children with Epidermolysis bullosa or EB, often known as butterfly children, because their skin is as fragile as the wings of a butterfly, need special care. Even mild frictions or bumps cause severe blistering of the skin which is very painful.

The head of the NGO that helps such patients, Hamid Reza Hashemi-Golpayegani, has said that at least 15 Iranian children with Epidermolysis Bullosa (EB) have died since the US launched its new sanctions on Iran in August.

“That is because Swedish medical companies which provided protective bandages for such patients have halted supplies due to the restrictions,” he said.

According to Hashemi, about 700 children with Epidermolysis bullosa or EB have been identified in Iran.

Since the reimposition of sanctions, Swedish medical products firm Molnlycke Health Care has stopped delivering Mepilex dressings which are trusted around the world to treat a wide range of chronic and acute wounds, including in EB patients, Iranian media reports say.