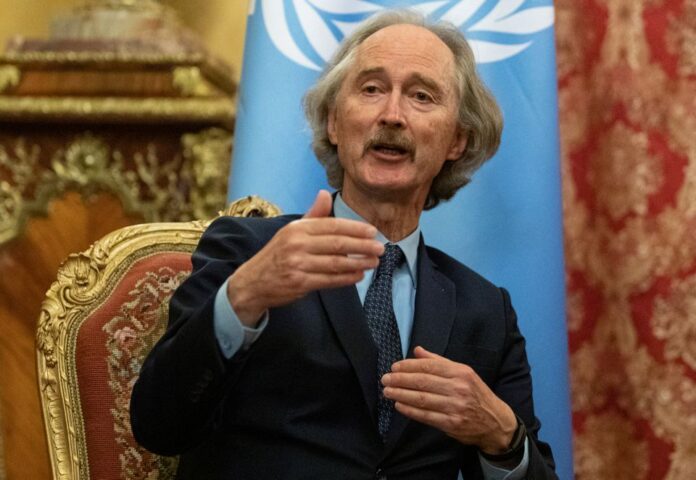 “So, the new this this week is that we actually be starting a drafting process for a constitutional reform in Syria,” he added.

He said he had met with Constitutional Committee’s co-chairs Ahmad Kuzbari (from the Syrian government) and Hadi al-Bahra (from the opposition), as well as with 15 Committee members from civil society. He describe these meetings as “good.” In his words, the discussions were “serious and frank” and all the participants demonstrated commitment to the agreed principles of joint work.

“I hope we will be able to continue the meeting in the same spirit,” he continued.

In January 2018 at the Russia-hosted Syrian peace conference in Sochi, an agreement was reached to form a 150-member committee to draft a new constitution until September 2019, equally represented by the Syrian government, political opposition, and civil society.