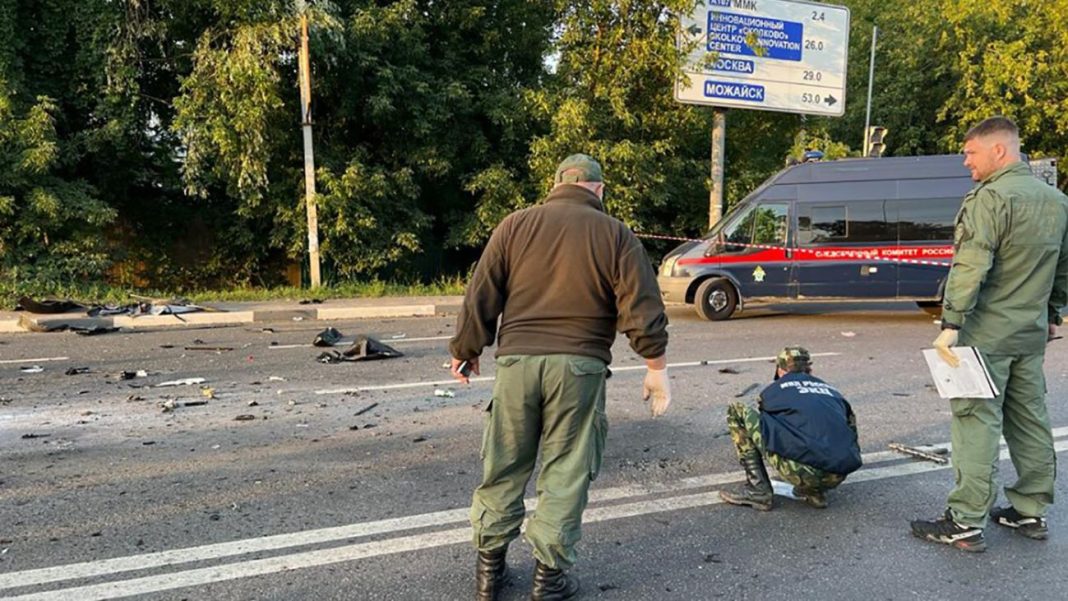 Kiev is not involved in a car blast killing Russian journalist and political analyst Darya Dugina, advisor to the Ukrainian presidential office Mikhail Podolyak has said.

“I stress that Ukraine certainly had nothing to do with it,” the Ukrainian edition Liga.net quoted him as saying on Sunday.

Earlier, Russia’s Foreign Ministry spokeswoman Maria Zakharova stated if suspicions that Ukraine was involved in Daria Dugina’s death are confirmed, then it will point at Kiev’s policy of state terrorism.

“If the Ukrainian trace is confirmed – and this theory was voiced by the head of the DPR, Denis Pushilin – it should be checked by competent authorities, then we need to talk about the policy of state terrorism implemented by the Kiev regime,” Zakharova wrote on Telegram.

Earlier on Sunday, Russia’s Investigative Committee opened a criminal case of murder after Daria Dugina, the 29-year-old daughter of Russian political philosopher and analyst Alexander Dugin, was killed in a car accident in the Moscow region on Saturday night.

According to investigators, an explosive device was planted under the bottom of a Toyota Land Cruiser vehicle Daria was driving. The car was traveling at full speed when it exploded in the Odintsovsky District in the Moscow region at about 21:00 local time (18:00 GMT) on Saturday.

At present, investigators are inspecting the scene of the accident. The burnt car, which was subsequently removed to specialized parking, has been examined by an explosives specialist. Investigators have seized a video recording from the car and the security services were ordered to identify those involved and witnesses.

In addition, expert examinations are being undertaken, including biological, genetic, physical, chemical and explosive forensic examinations.

Russian Investigative Committee chief Alexander Bastrykin has instructed the relevant authorities to transfer the criminal case on the murder of Dugina to the Main Investigation Department for a further comprehensive and objective investigation.

Daria Dugina was born in Moscow in 1992. She graduated from the Philosophy department of the Moscow State University and worked as political analyst and journalist. Like her father Alexander, Daria was a proponent of traditionalist beliefs and supported Russia’s special military operation in Ukraine. In July, she was included in UK sanctions lists. Dugin himself was sanctioned by the EU, US and Canada in 2014 and 2015.