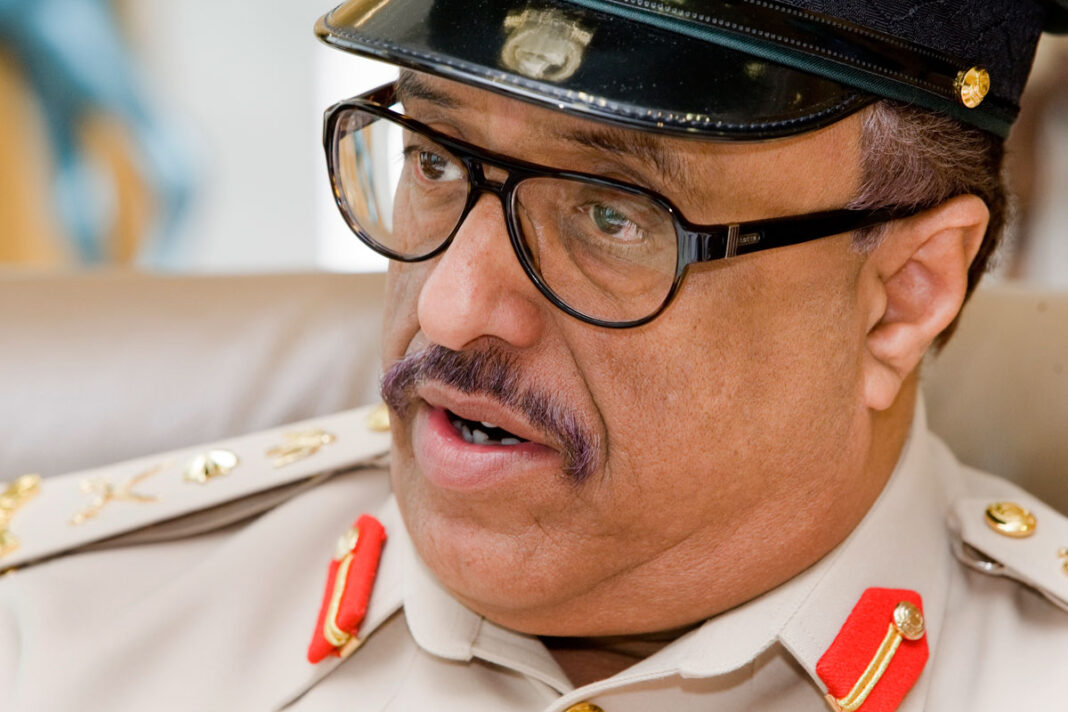 Lieutenant General Dhahi Khalfan, the head of general security for the Emirate of Dubai, once again made controversial remarks and sparked anger among social media users by urging Arab countries to compromise with the Zionist regime [Israel].

According to a report by IRNA, as translated by IFP, General Dhahi Khalfan in his recent tweet addressed the Arab world and said, “Let’s be realistic, you Arab nations possess 22 or 23 countries in the region, whereas you do not want Jews to have a State for their own! You are really an evil, I feel upset when I see a Muslim insults a Jew.”

Referring to the pivotal role of Arab world, Khalfan went on to say that the Jewish community is so creative, intelligent, wise and perfect, and deserves to have their own country among Arab nations as they are our eternal cousins after all!

Opposing the theory of two independent states in the occupied territories, he said, “A state with a Palestinian leader will suffice; [Israeli PM Benjamin] Netanyahu is the last obstacle to the world peace; we have lived along our Jewish cousins from the beginning with many beliefs and thoughts in common. The whole land of Palestine is not ours; we only possess the lands that fall within the borders of 1948.”

The Deputy Police Chief of Dubai also stated, “Everyone knows that Jews used to live in the Arab lands since the time of Prophet Abraham, so why do you deny it now?

He also noted that Netanyahu is the last Israeli criminal after whom Israeli intellectuals will come to power and the world will witness peace and security.