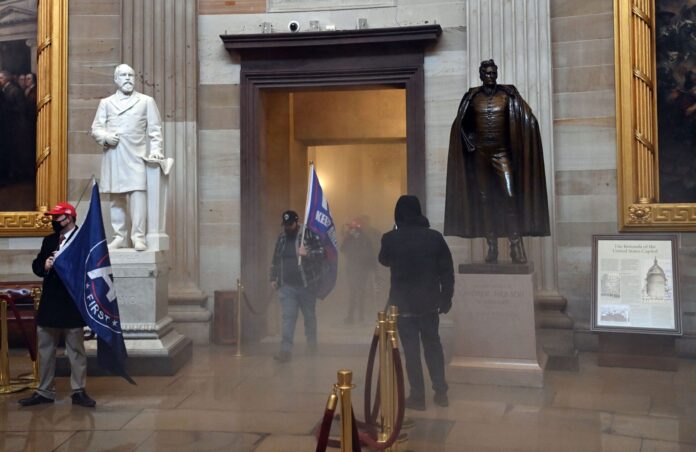 A whistleblower has accused US capitol police of failing to take appropriate measures to prevent the civilian deaths during last January riots in the Capitol complex. Five people were killed in the incidents.

In the letter, the whistleblower accused Sean Gallagher, the acting chief of uniformed operations, and Yogananda Pittman, the assistant chief for protective and intelligence operations, of significant “failures” in the lead-up to and aftermath of the attack.

The whistleblower accused Gallagher and Pittman of failing to take appropriate action “which directly contributed to the deaths and wounding of officers and civilians.”

They also accused Pittman, who was the agency’s acting chief from Jan. 6 to July 23, of lying to Congress about having sent “the single most critical” intelligence report to other Capitol Police staff members the day before the attack. The whistleblower said the report was never shared.

In response, Capitol Police said: “Although there is more work to do, many of the problems described in the letter have been addressed.”

The agency announced in a statement, “USCP leaders, under new Chief Tom Manger, are committed to learning from prior mistakes and protecting our brave officers, who fought valiantly on January 6, so we can continue to carry out the Department’s critical mission.”

Last week, the White House formally blocked an attempt by former President Donald Trump to withhold documents from Congress related to the Jan. 6 attack, setting up a legal showdown between the current and former presidents over executive privilege.