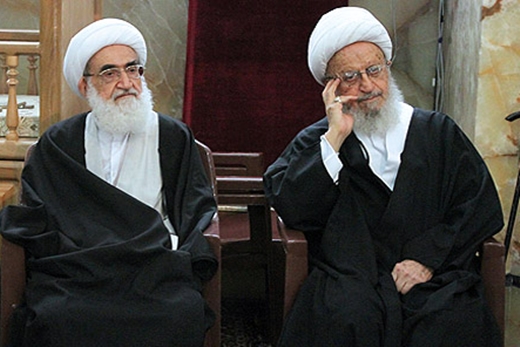 According to Khabar Online news outlet, Ayatollah Noori Hamedani, commenting on the statement issued by Persian Gulf Cooperation Council against Hezbollah said all member countries of the Council are under domination of the World of Arrogance and if they don’t rely on America and Zionist regime their vigilant nations will topple them.

This source of emulation said some of these Arabs tell us that visiting the Baqi Cemetery is polytheism but do not consider being under the yoke and praising America as polytheism.

He added that six member states of Persian Gulf Cooperation Council who have created Takfiris, Daesh and Boko Haram and are involved in killing of Yemeni and Bahraini people have termed Hezbollah as terrorist organization.

Meanwhile, Ayatollah Makarem Shirazi reacting to terming Hezbollah as terrorist organization by some Arab countries said Hezbollah is the greatest source of pride and honor for Arabs because in absence of Hezbollah the Zionist regime would have made them miserable.

He added that in the Arab history no group is as brave as Hezbollah as this group broke the invincibility myth of Israel.