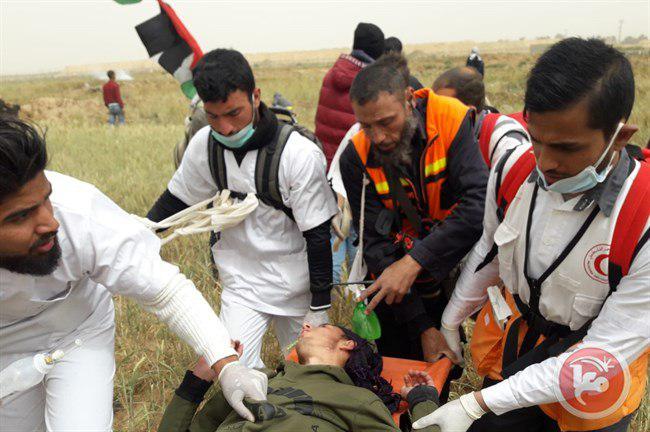 Two Palestinian protesters have been killed and over 200 others wounded by the Israeli fire, as people in the besieged Gaza enclave hold massive rallies commemorating the Land Day and the first anniversary of the Great March of Return protests.

Israeli troops on Saturday morning killed a Palestinian man named Mohammed Saad. The 20-year-old man died after being hit in the head by shrapnel.

The Tel Aviv regime’s forces later killed a 17-year-old teenager by shooting him in eastern Gaza, according to the enclave’s health ministry.

At least 209 others have also sustained injuries as Israeli troops opened fire on demonstrators using live ammunition, and fired tear gases at them, Tasnim reported.

Israeli media reports put the number of “Great March of Return” protesters marching near the so-called buffer zone at 45,000.

Six reporters, including the Al-Aqsa satellite TV’s correspondent Mohammed Bolour, have been wounded when covering the latest developments in Gaza. A rescue worker was also wounded in his head in an attack on east of Khan Yunis. 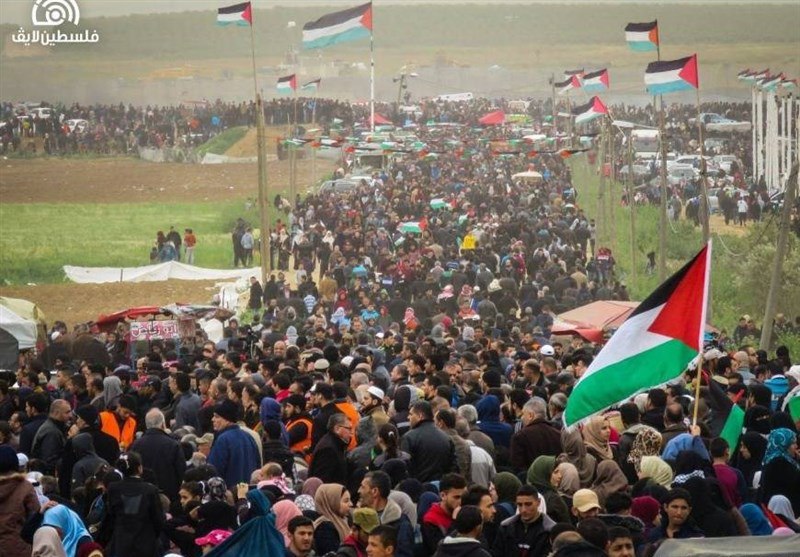 Three of those wounded by the Zionist forces are in critical conditions, according to Shahab news outlet.

The rallies have been held every week since March 30 last year. Palestinians want an end to the Israeli occupation of their lands. They also demand the return of the Palestinian refugees to their homeland.

Israeli troops have killed nearly 260 Palestinians since the beginning of the “Great March of Return” protests, and wounded 26,000 others, according to the Gaza health ministry.

A United Nations fact-finding mission found that Israeli forces committed rights violations during their crackdown against the Palestinian protesters in Gaza that may amount to war crimes.