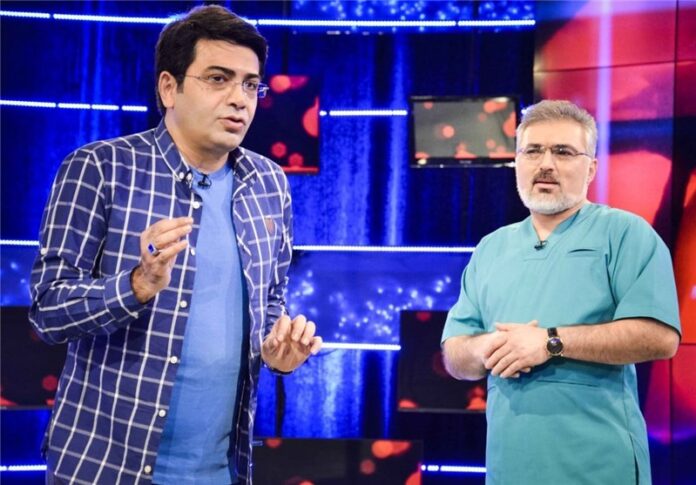 A new episode of Elixir, an Iranian weekly talk show aired on IRIB’s Channel 3, was being filmed when a woman was heard screaming outside the studio. The TV crew and the guest of the show ran out to see what had happened, but were shocked to find the body of a child.

On Thursday, April 28, members of Elixir’s production team were filming the show’s seventh episode in a studio near Tehran’s Sorkheh Hessar Park.

However, the scream of a mother, whose 3-year-old child had seemingly drowned in a fountain outside the studio, alerted those filming inside, and delayed the recording of the episode.

Fortunately, the TV show’s guest Massoud Saberi, a prominent brain surgeon, was there to help the child. Without any hesitation, he resuscitated the child, saving its life.

An ambulance was called which transferred the child to hospital, who has recovered and is in a stable condition.

Farzad Hassani, the popular TV host of the program, is going to talk about the incident in his interview with the surgeon in this week’s episode. A video including the rescue of the child will be aired this Thursday.