Are Turks Disgruntled over Erdoğan’s Gov’t or Syrian Refugees? 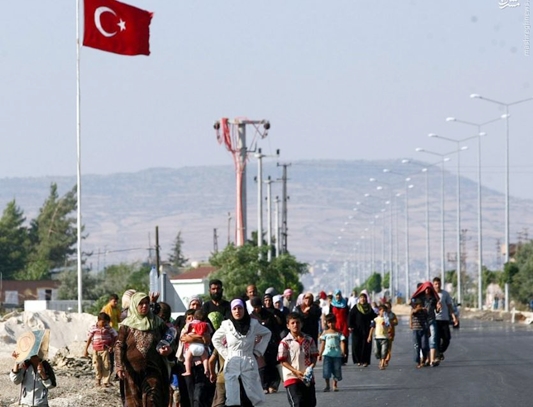 The widely-circulated hashtag expressing Turks’ dissatisfaction with Syrian refugees is mixed up with voices of frustration over Turkish President Recep Tayyip Erdoğan’s government.

ISNA reported about a new Hashtag which is trending among the people of Turkey, showing a widespread discontent with the presence of their new guests coming from Syria. Here is IFP’s translation of excerpts from the report.

Over five years have passed since the breakout of war in Syria. Half of the 23m-population of the country has been displaced and one-fourth has fled into neighbouring countries to save their lives. The influx of 2m displaced Syrians into Turkey has raised concerns among Turkish people.

Syrian refugees speaking in Arabic language are seen here and there on the streets and in every corner of the country. They have upset the balance between supply and demand, causing a price increase in houses and food.

Following that, a new Hashtag has become popular among Turks that reads, “I do not want Syrians in my country”. However, this is not the whole story. It seems that the culminating sense of frustration among Turks is rooted in something beyond the unwelcomed Syrian guests.

“Erdoğan has purposefully let them flood into our country. Before long, he will give them the right to vote, vying to protract his stay in power,” a hotel worker in Istanbul’s Taksim Square said.

In 2014 he made futile attempts to change Parliamentary system in Turkey into Presidential in a bid to gratify his cravings for more power.