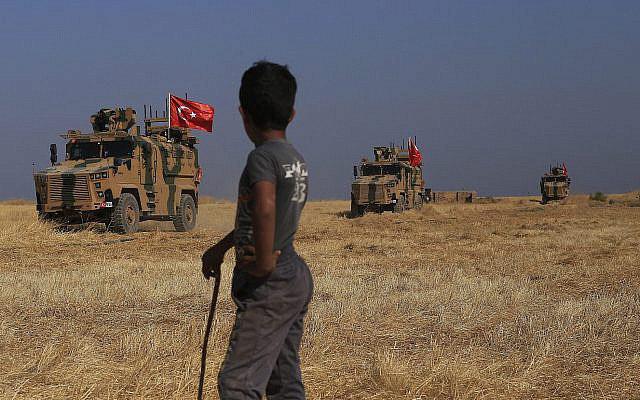 Earlier in the day, Turkey’s Foreign Minister Mevlüt Çavuşoğlu said his country will inform all relevant countries, including the Syrian government, about its operation into northeastern Syria.

Speaking at a news conference in Algeria, Çavuşoğlu said the operation will be carried out in line with international law and that the only target of the operation is terrorists in the region.

He said President Erdoğan had told US President Donald Trump in the weekend that Ankara would launch the operation after Washington stalled efforts to form a safe zone in the region.

Turkey’s Operation Peace Spring covers east of the Euphrates River in northern Syria and is aimed at securing its borders by eliminating terrorist elements to ensure the safe return of Syrian refugees and Syria’s territorial integrity, Ankara claims.

Turkey has said the terrorist group PKK and its extension the YPG/PYD constitute the biggest threat to Syria’s future, jeopardizing the country’s territorial integrity and unitary structure. Turkey has also stressed that supporting terrorists under the pretext of fighting ISIS is unacceptable.

Turkey has a 911-kilometre (566-mile) border with Syria and it has long decried the threat from terrorists east of the Euphrates and the formation of a “terrorist corridor” there.