Turkey Not to Forget 52 Years of European Deception 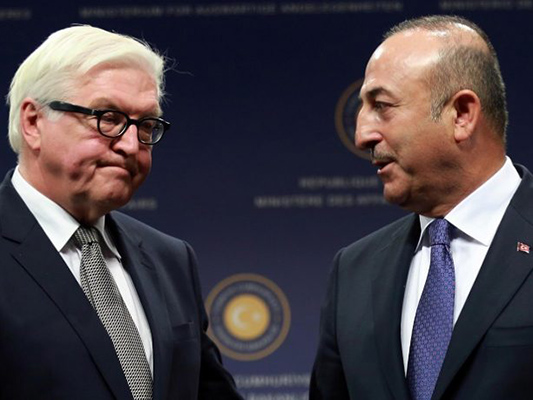 In a joint press conference with his German counterpart, Turkish Foreign Minister blasted the European Union’s deception in dealing with the issue of Turkey’s accession to the EU.

According to a report by Kayhan newspaper, Frank-Walter Steinmeier, the German Minister of Foreign Affairs, and his Turkish counterpart Mevlüt Çavuşoğlu had an “intense verbal dispute” during a joint press conference, insomuch that the session was left halfway.

Çavuşoğlu brought a lot of accusations against his German counterpart, such as sheltering the members of Kurdistan Workers’ Party (PKK) militants, and preventing the extradition of those affiliated with [Turkish opposition figure] Fethullah Gülen’s movement to Turkey.

Besides, Ankara has not forgotten the European Union`s deceptive behaviour on Turkey’s accession to the Union since 52 years ago, a matter mentioned by Recep Tayyip Erdoğan, the President of Turkey.

According to ISNA, Steinmeier, a usually calm person, started to sharpen his tone as he felt attacked during the conference. Referring to the mass arrests in Turkey after 2016 coup d’état attempt, he invited his Turkish counterpart to be moderate; however Çavuşoğlu didn`t stop his verbal attacks.

“Turkey asks to be recognized as an equal, not a second-class associate,” Turkish Minister of Foreign Affairs stated, pinning the blame on the EU`s “arrogant behaviour.”

As the final words in its article, Kayhan wrote that “the issue of human rights is an excuse for the West to invade other countries while having strategic relationships with the most dogmatist regimes such as those of Al Saud in Saudi Arabia, Al Khalifa in Bahrain and Al Thani in Qatar. Turkey`s situation could make a good example for those fascinated by the West.”