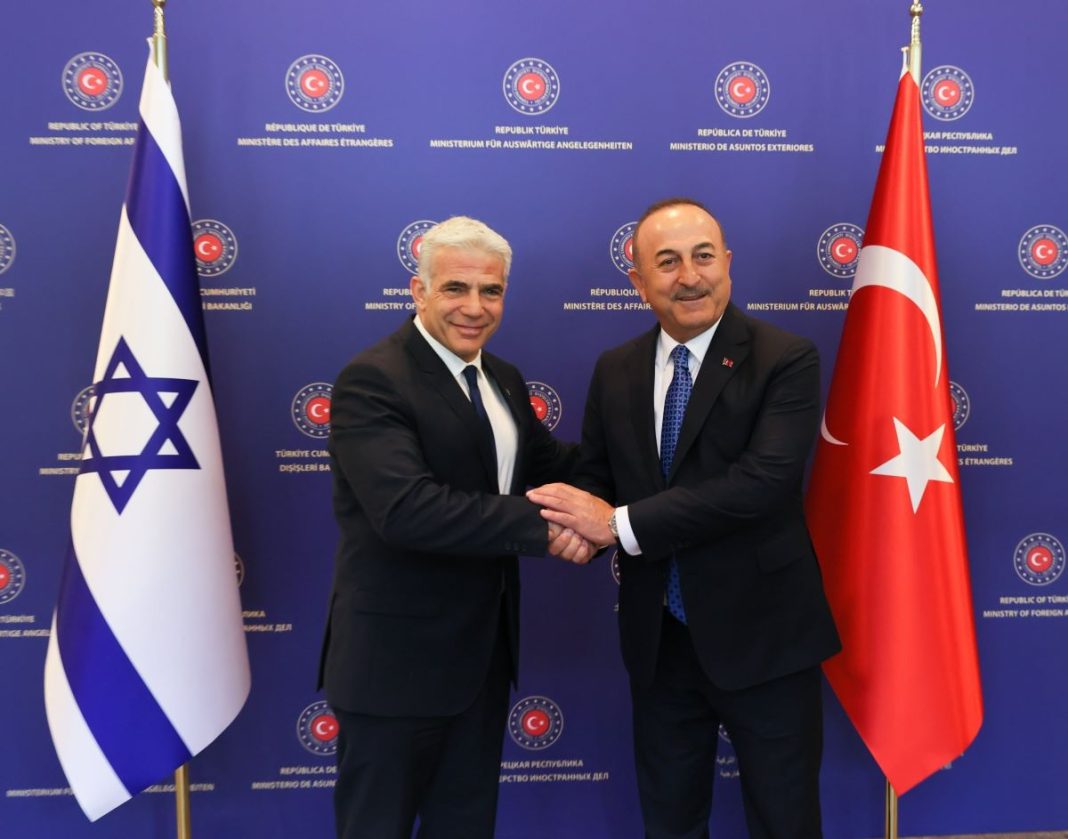 Turkey and Israel have agreed to restore full diplomatic relations and will exchange ambassadors following gradual improvement in relations, the office of the Israeli prime minister and Turkish foreign minister have announced.

“Upgrading relations will contribute to deepening ties between the two peoples, expanding economic, trade, and cultural ties, and strengthening regional stability,” a statement from the office of the Israeli Prime Minister Yair Lapid said on Wednesday, after a conversation between Lapid and Turkish President Recep Tayyip Erdogan.

“[The] appointment of ambassadors was one of the steps for the normalisation of ties,” stated Turkish Foreign Minister Mevlut Cavusoglu at a news conference in Ankara.

“Such a positive step came from Israel as a result of these efforts, and as Turkey, we also decided to appoint an ambassador to Israel, to Tel Aviv,” he continued.

Cavusoglu added that the move did not mean that Turkey would be abandoning the Palestinian cause.

The two countries expelled ambassadors in 2018 over the killing of 60 Palestinians by Israeli forces during protests on the Gaza border against the opening of the United States Embassy in Jerusalem.

A visit to Turkey by Israeli President Isaac Herzog in March, followed by visits by both foreign ministers, helped warm relations after more than 10 years of tensions.

The move, which comes as Israel has sought to improve ties with regional powers, was agreed upon two years after the so-called Abraham Accords which saw relations normalised between Israel, Bahrain, the United Arab Emirates and Morocco.